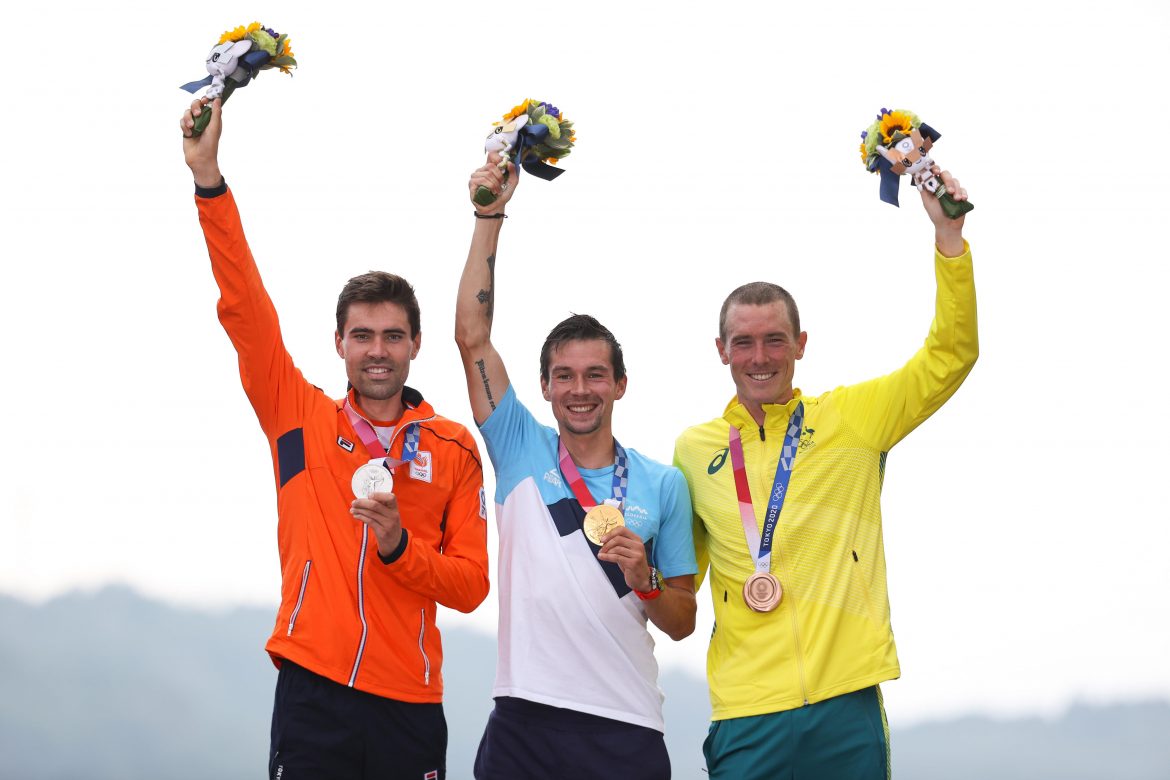 Primoz Roglic has become Olympic time trial champion in Tokyo. The Slovenian was over a minute faster than number two Tom Dumoulin. The Dutchman conquered the silver medal, just like five years ago. The Australian Rohan Dennis completed the podium.

The Olympic time trial was held on and around the Fuji Speedway. The 44.2 kilometre course had 846 altitude metres. From the first intermediate points it was clear that Roglic and Dumoulin were working on a strong race. Roglic was able to increase his lead on his competitors in the second part and brilliantly rode to the Olympic title. With this he took revenge on a disappointing Tour de France earlier this month, which he had to leave injured.

Wout van Aert had a fast start, but was unable to maintain his high pace. The number two of the Olympic road race finished sixth.

“For me it is very nice to win this race after such a difficult period”, commented fresh champion Roglic. “It was difficult to keep my head calm during difficult moments. Hard work, the support of my family and other close people, and believing in myself have dragged me through. That is now paying off with this medal. From the start I went full speed ahead and fought for every kilometre. That was enough for the gold medal. Every performance is special and so is this one. I am very happy.”

Dumoulin was satisfied with his time trial and his silver medal. “It was my goal to get a medal today. The past months I really had no idea if that would be possible or not. I tried to enjoy the process as much as possible and it worked out really well. The time trial itself went really well. In the first lap I felt very strong. In the second, I felt the energy slowly draining away. In the last ten kilometres I was able to regain that power. Silver was the highest achievable today and for me this is a medal with a golden edge.”