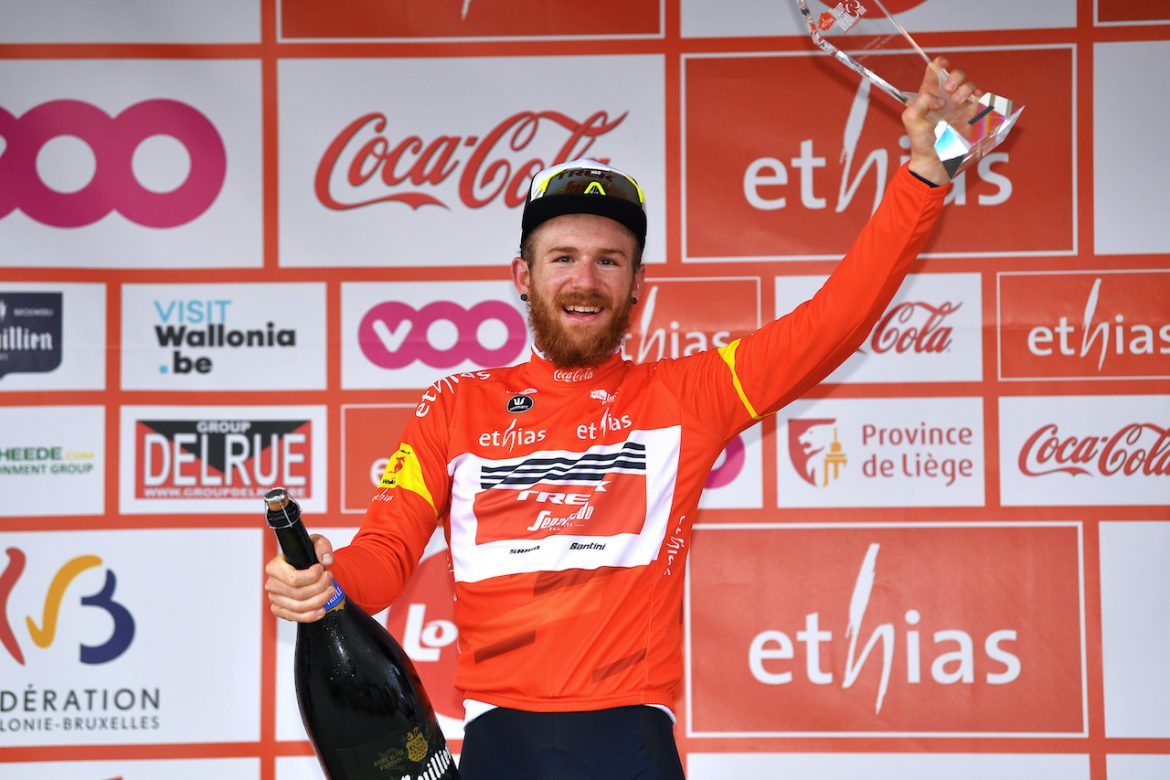 When you have a team dedicated to you all race, there is nothing to do but ride in their slipstream and enjoy the ride.

Quinn Simmons had little to do in Stage 5 as his strong teammates controlled a five-man breakaway for most of the 192-kilometer race.  Only when the peloton caught the breakaway, and the attacks began in the finale did Simmons have to use energy, and he had plenty left to make sure no threats went up the road.

“We saw again what the boys did – fuck! It was 200 kilometers of pulling into crosswinds and then with this crazy last circuit – to win is amazing!” said Simmons. “Protecting the jersey was hard for the boys in the last days. I only have 20k to ride in the finale; to go full-gas. Really, when they do that job, it’s not too much work for me personally. It was a victory won by the team as a whole.”

A reduced bunch of around 60 riders contested the finish with the fast men again enjoying a second straight sprint day while Simmons cruised safely across the line in 20th position to lock in the orange jersey and his first multi-day race victory.

Simmons grabbed the race lead with victory in the most challenging stage of the five-day race and successfully defended a slim lead in the final two stages, thanks to a concerted effort from his six teammates.
“Racing for the GC is not actually my favorite thing as you have to be a little more conservative and sit more at the front of the bunch and think things through more. Today was a day where I would really like to be attacking in the final circuit to try and win the stage. But it’s a nice new experience, and maybe more one-week races in the future will be a nice mix in my Classics program.”

After getting through a complicated than expected Stage 4, Trek-Segafredo was able to take control in Stage 5. They permitted a small breakaway to escape up the road, even granting them a hefty margin of seven minutes’ lead before finally bringing the gap down to a manageable two minutes in the final 30 kilometers.  With two of the riders at only 35 seconds in the classification, the leading group needed to be contained, but there was no panic in the Trek-Segafredo camp. As they drew nearer to the end, other teams eyeing a stage win helped up the pace, and the breakaway tagged back at 15 kilometers to go.

Perhaps a touch sooner than optimal, but Simmons had the legs to finish off the team’s hard work over the last steep cobbled climb and ensuing final kilometers.

“I am really happy it was a hard week, especially a stage race in Belgium where many things can go wrong and three months without racing,” admitted Simmons. “We all rose to a new level, and we got it done – I don’t think anyone expected us to win the GC here.

“For me, this is crazy and not quite what I expected,” he continued. “I have not raced since Flanders this year. I had two goals outlined – maybe three actually – for this year: a result in Strade Bianche, and then make the selection for the Tour, but I crashed just before Strade, and then a crash just before the Tour took me out of that. So, to have three months at home, the motivation was quite high to come here and finally get something to go right.
“My goal was maybe a stage, but I would have been happy with some good race miles for the Vuelta, so I am really happy, and a good morale boost for us going into the next races.

“The time I went without winning was super stressful, but it’s back, and I feel more like my old self as a racer now; the confidence is back,” he added. “Now we see what happens for the rest of the year. Maybe I can try and do a stage in the Vuelta, and then the Worlds.”