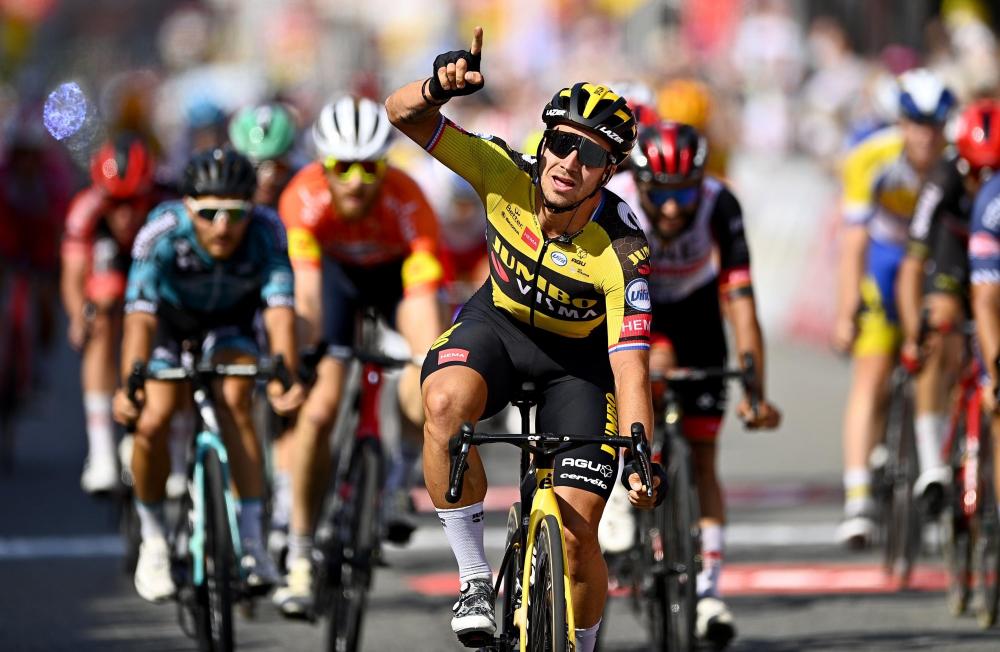 Dylan Groenewegen has won his second stage victory of the season in the fourth stage of the Tour of Wallonia. The sprinter of Team Jumbo-Visma won the bunch sprint with great power after a difficult stage.

The riders were again confronted with a hilly course today. The whole day the course went up and down. The final climb at ten kilometres from the finish as the toughest challenge. Several groups put their mark on the race, but a few kilometres before the finish the peloton pulled them all together.

The peloton then raced towards the finish line at high speed. Timo Roosen came in the lead early on and maneuvered Groenewegen into an excellent position. The rider from Amsterdam showed his class and was too fast for the competition. Afterwards, the amicable stage winner embraced his teammates with joy. Thanks to his victory Groenewegen tomorrow starts in the final stage in the yellow points jersey.

“This is a victory that belongs to the whole team”, Groenewegen explained. “It was a tough day. There was a lot of racing. I wouldn’t have thought that I could fight at the front here. My teammates encouraged me. They showed that they were one hundred percent convinced that I could win here. I survived the last climb, also because of the strong work of the team. Just like in the first stage my teammates did a great job. I am very grateful for that. The more I race, the stronger the good feeling gets. I am not yet at the top of my game, but I am close to my top shape.”

Sports director Addy Engels said he was proud of the work of the entire team. “The riders made the race hard from start to finish. From the start the war was on. Dylan survived the tough final and was able to sprint to victory. The team did an excellent job. They made sure Dylan returned to the front after the last climb and they dropped him in ideal position in the last hundreds of meters. Pascal Eenkhoorn also finished in the first group. A great day for us as a team.”

Groenewegen’s victory is the twenty-sixth victory for Team Jumbo-Visma in 2021.