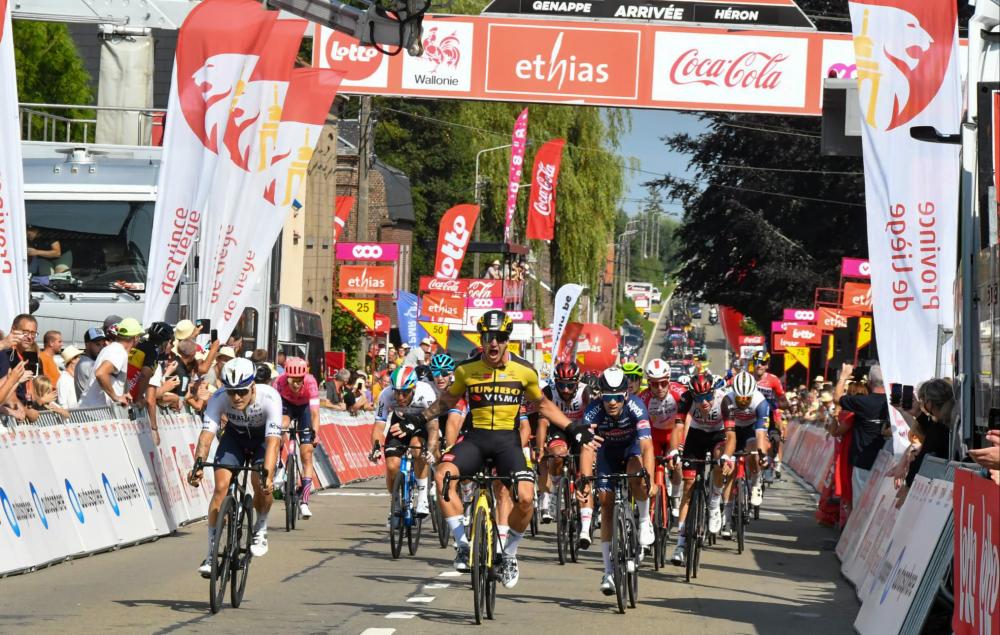 Dylan Groenewegen has won the first stage in the Tour de Wallonie. The sprinter of Team Jumbo-Visma won the bunch sprint in Héron in a convincing way and is the first leader in the Belgian stage race. For the Dutchman it is his first victory in seventeen months after his long suspension.

With this victory, Team Jumbo-Visma continues the good flow of the Tour de France. Groenewegen’s victory marked the twenty-fifth victory of the black-and-yellow formation this season.

Groenewegen was emotional. “It is a big relief that I finally won again. I already felt good in the final of the stages in the Tour of Belgium, but back then I couldn’t finish it off. The team was in control today and did a great lead-out. I never got in a position where I could get boxed in. Timo Roosen was very strong as last lead-out rider and I only had to finish it off. I am really happy that worked out.”

“This win is more than just a win for me”, Groenewegen continued. “It went through a very difficult period in which cycling came second. A lot has happened. Of course with the accident, but also in my private life. We have continued to work hard and it is very nice to finally win again. The team has been fully supporting me all the time and I am very grateful to them for that. That has helped me a lot.”

Sports director Addy Engels concurred with his leader. “First of all I am very happy for him that he finally won again after such a difficult period. It is a huge relief for him and for us. As a team, we took control from the start today and we continued to do so. Our goal was to put Dylan in a position where he could sprint freely. That worked out well. It was a great team performance.”