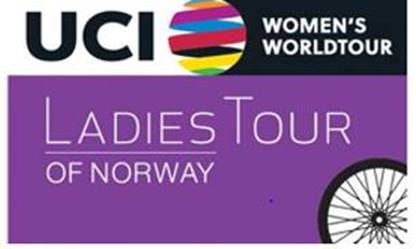 All the World Tour-teams are on the starting line for the Ladies Tour of Norway this year, Norway’s only World Tour-race between 12th and 15th August.

And with the best TV-coverage ever it looks like a great cycling party in the Norwegian re-opening of the country.

A lot looks like it will be another race with the Dutch women in the center. The queen of the race is Marianne Vos (Jumbo-Visma). She has won the race three times and in 2017 she won all the stages.

But when the race for the first time will have a real mountain top finish to Norefjell on the third stage, Marianne Vos is outside her comfort zone. Her Dutch colleagues Annemiek Van Vleuten (Movistar) and Anna Van Der Breggen (SD Worx) both like to climb and they will for sure challenge Vos here.

But there are also a lot of other top riders to look out for. The home country also hoping for some Norwegians to shine during the days. The best chances in the mountains has Katrine Aalerud (Movistar) who recently won the Norwegian TT championships. Riders like Susanne Andersen (Team DSM) and Emilie Moberg (Drops) are good sprinters but will meet the fastest ladies on the World Tour, so it will not be easy to go away with a stage win.

We see more and more of the big teams for men in international cycling now also having ladies teams. So the spectators in Norway will recognize the jerseys from teams like FDJ, Movistar, Team BikeExchange, Team DSM, Trek-Segafredo and Jumbo-Visma.

There will be two Norwegian teams on the start as well. Hitec Products is the professional team who has been there every year at LToN. Today they have mostly young, promising and local riders.

Norway will also start with a national team.

18 teams of 6 riders will start the race and since the Ladies Tour of Norway will happen just after the Olympics there are questions around the shape of the riders coming more or less directly from Japan.

The stages for this years Ladies Tour of Norway: