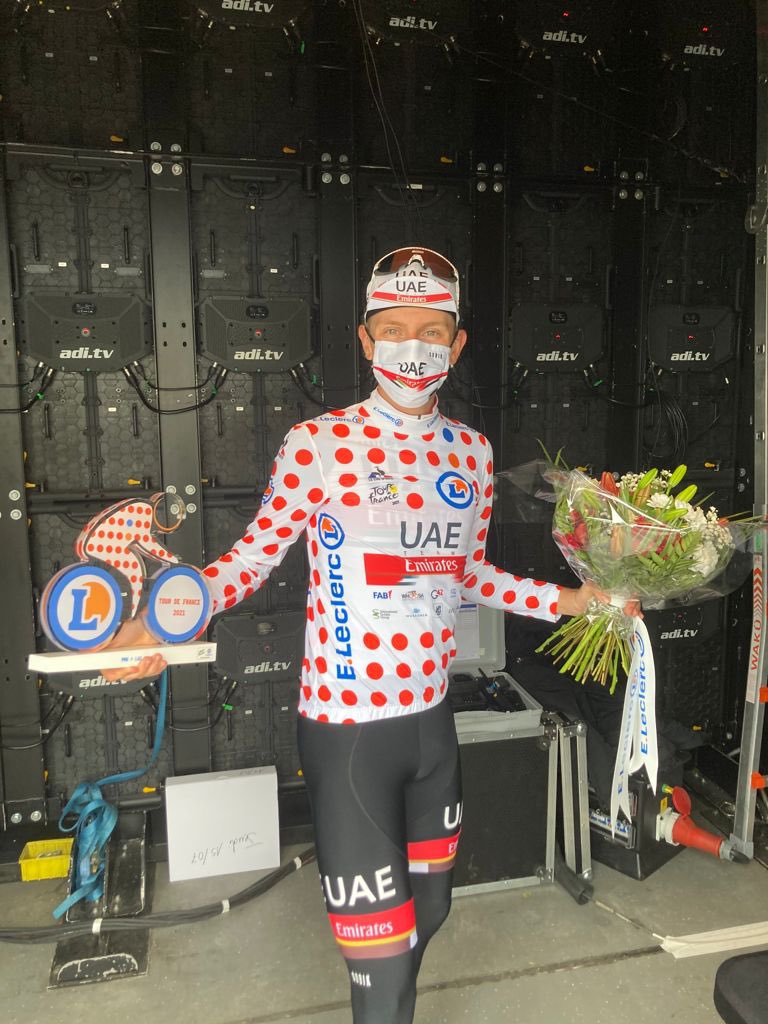 Tadej Pogačar made Tour de France history on his way to winning stage 18 from Pau to Luz Ardinen, becoming the first rider even to win back to back summit finishes in the yellow jersey.

After the success of yesterday on the Col du Portet, the leader of UAE Team Emirates also triumphed in Luz Ardiden having also climbing the Col du Tourmalet which came close to the halfway point.

The big names in the race came to fore on the final climb, 13.4 km at 7.5% average gradient where a sustained pace from Rafal Majka narrowed down the group. Pogačar made a move at -3.1 km, taking only Jonas Vingegaard, Sepp Kuss (Jumbo-Visma), Richard Carapaz (Ineos-Grenadiers) and Enric Mas (Movistar) with him. The quintet arrived in the last kilometre together before Pogačar made his move on the last ramp to arrive with a handful of seconds over his rivals.

The Slovenian consolidates his yellow jersey (5’45’’ up on Jonas Vingegaard, 2nd) and the white jersey of best youngster (Vingegaard at 5’45”), as well as jumping to the top of the mountain classification (107 points , Wout Poels is second with 29 points behind).

Pogačar: “The stage was very tough, already on the Tourmalet the pace was high. I concentrated and was waiting for the last climb, where I gave my all. I’m speechless. After what happened yesterday I’m so happy to have done it again.
As for Saturday’s time trial, I can say that time trials are a discipline in which I have always done quite well in, but it is also true that I can have a bad day, but I still have a good advantage in the standings, I am confident”.

Stage 19 features an undulating profile and will start from Mourenx and end in Libourne (207 km).