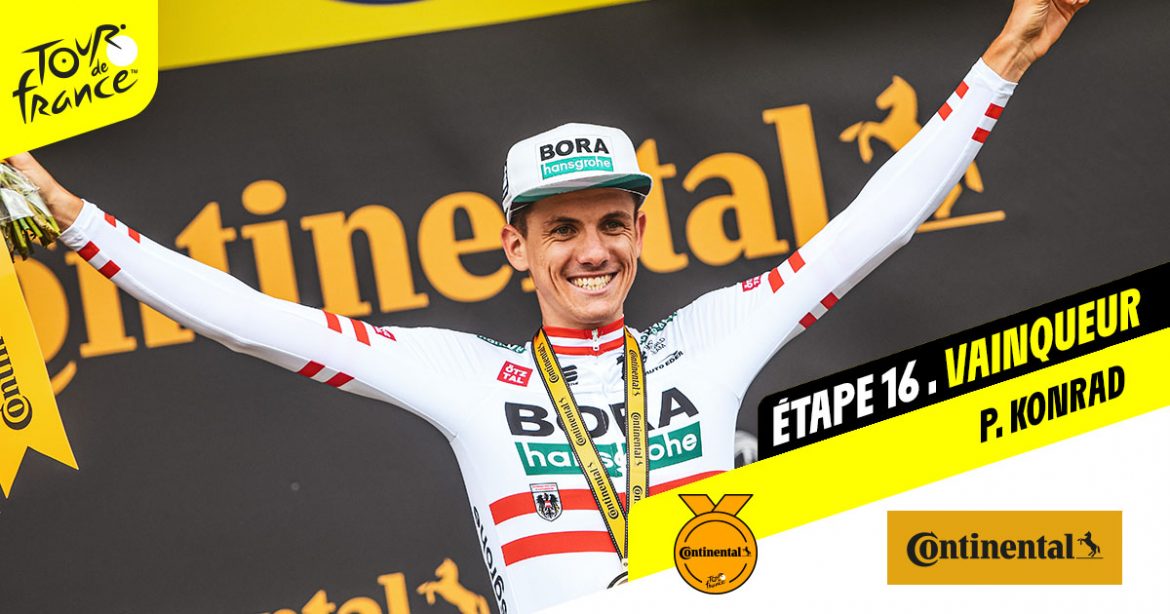 After the second and final rest day, there was nowhere for the riders at the Tour de France to hide – if they didn’t have the legs this week, there was nothing more to be done. While the 169km stage today started with a downhill stretch, there were four categorised climbs over the parcours, each one evenly spaced to have the maximum impact on the tired legs of the peloton. The highest altitude start in Tour de France history meant there would be a fast descent, with attacks being followed by counter-attacks. However, the high-speed opening made it difficult to get away – Emanuel Buchmann and Ide Schelling each trying to get away – and an escape group didn’t form until 50km of racing, a trio heading the race, with a smaller attack group that included BORA-hansgrohe’s Patrick Konrad.

Konrads group was a minute behind the leaders and wasn’t gaining ground, the frustration at the lack of progress causing the Austrian national champion to go on the attack with 78km to go in an attempt to bridge across, catching the trio with 71km remaining and maintaining a slim lead over the chasers. After working so hard to get into the lead group, it was clear Konrad had his eye on the stage win and, in an attempt to escape his colleagues in the break, went on the attack once again with 35km left. Putting a target on his back with this audacious move, the Austrian had the other attackers desperate to make the catch, but as the kilometres were knocked off, Konrads lead began to increase, and with 10km remaining, the gap was exactly a minute. While the chasers did their best, there was nothing that was going to stop Konrad from taking the win, and doing it in style, becoming the first rider in the Austrian national champion’s jersey to win a Tour de France stage, crossing the line solo after an exceptional effort.