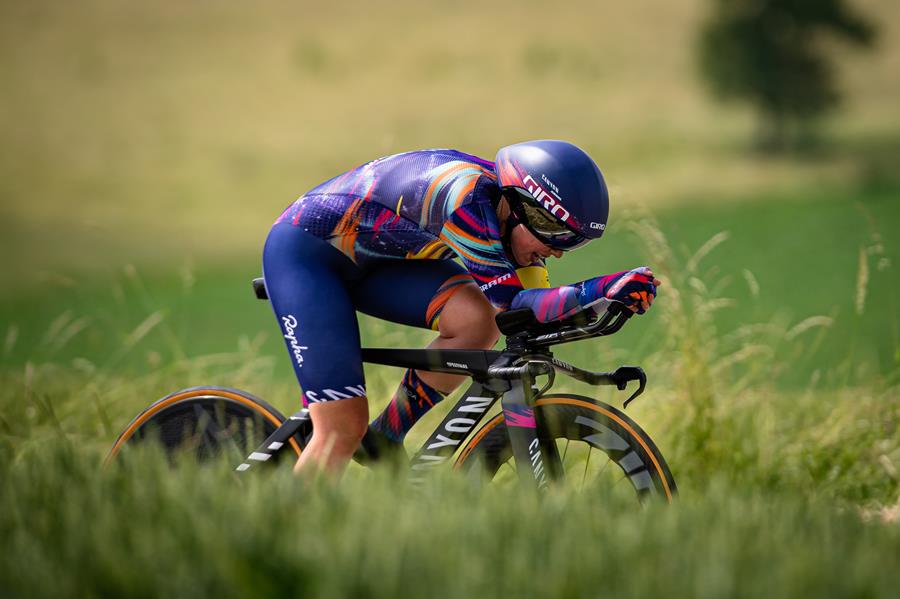 Lisa Klein moved back into the overall lead at Baloise Ladies Tour yesterday after her individual time trial stage win. The CANYON//SRAM Racing rider won the shortened seven kilometre ITT stage by just half a second race but now leads the tour by eleven seconds before today’s final stage.

“Our sport director Lars Teutenberg did a great job in the radio for me. I really trusted him to navigate me. The last three kilometres were so painful but I was pleased with how I could speed up in the final!” said an elated Klein after the win.

Teammate Hannah Ludwig finished third in the stage and takes over the lead in the youth classification before today’s 121 kilometre flat stage in Zulte, Belgium.

Klein continued, “My goal is to win the stage race today! We’re really motivated and all of the team is racing strong so we’re looking forward to some fun.”

Yesterday’s queen stage in the Giro d’Italia Donne was a tough climb up to Monte Matajur. The stage was won by Ashleigh Moolman-Pasio (SDW). Elise Chabbey was CANYON//SRAM Racing’s best placed rider crossing the line exhausted in eighteenth. Chabbey was paced and encouraged by teammate Alena Amialiusik up the final climb.