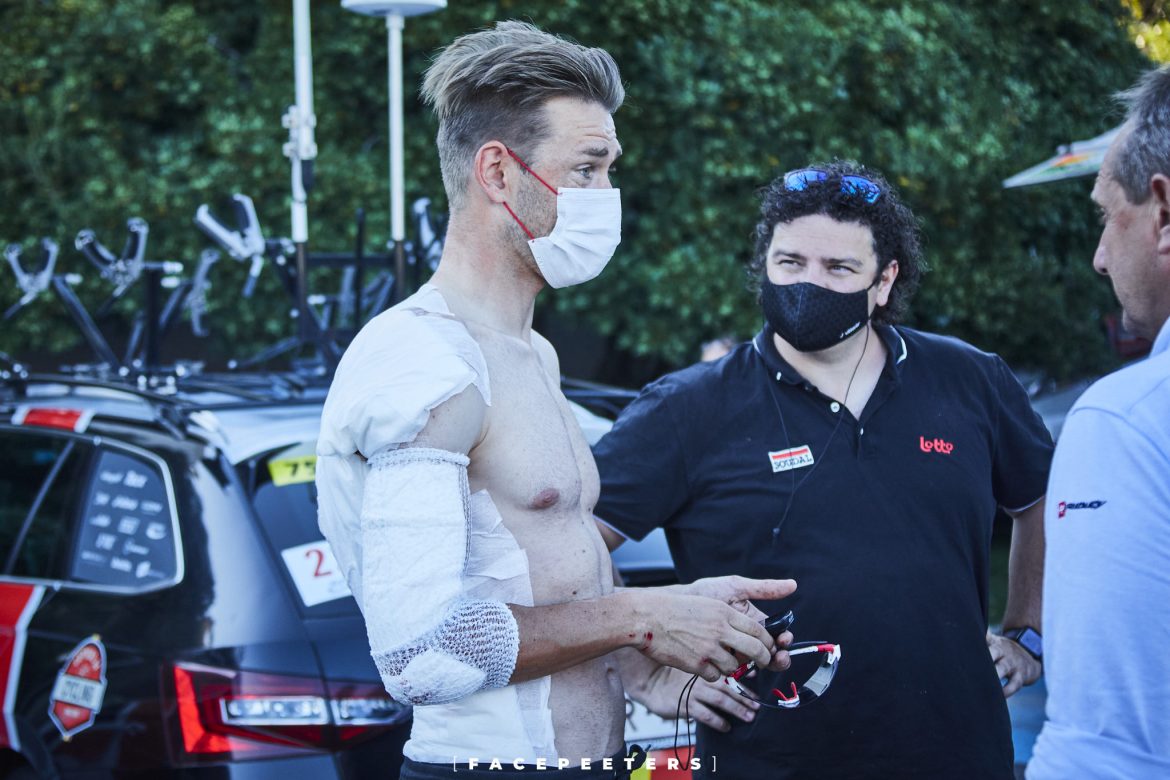 With 62 kilometres to go on stage 13 of the Tour de France, Lotto Soudal’s Roger Kluge hit the deck in a crash – caused by loose gravel on the road – which took down several other riders. Kluge was brought to hospital in Narbonne where no fractures were diagnosed. However, Kluge incurred heavy abrasions on the back, right hip and elbow. The latter needed stitching as well.

“Suddenly everybody started braking and when I reached for my brakes, I already touched wheels”, says Roger Kluge. “I clipped out of my right pedal and went down on my right side. I crashed pretty hard and then I realized why everybody was braking… The road was full of little stones and we were just sliding on loose gravel. I had to think of what Caleb said after he went down. Immediately after the crash, I was also in a lot of pain, especially my back hurt a lot. I didn’t think a second of jumping back on the bike.”

Because of the absence of fractures, it looks like Kluge’s Olympic campaign will not be affected. The former Madison world champion will represent Germany in both the Madison and omnium discipline at the Olympics in Tokyo.

“Luckily there are no broken bones, so normally Tokyo will be the next step for me. But first, everything needs to heal well of course. I’m happy that I didn’t break anything and the Olympics are still possible but we will need to see how it goes. Luckily, there’s still some time”, concludes Roger Kluge.