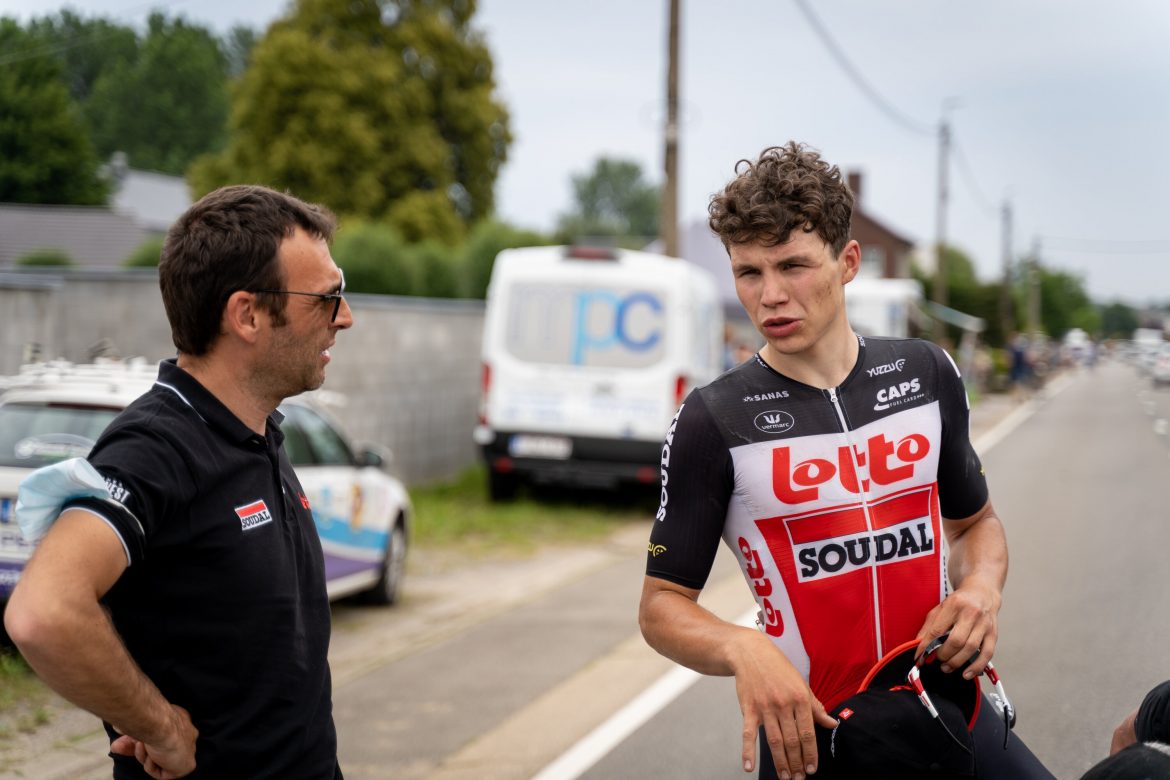 Arnaud De Lie, a young Belgian talent of 19 years old from Lescheret (Belgian Luxembourg), will step up from the Lotto Soudal Development Team to the WorldTeam on January 1st 2022. He signed a two-year agreement. De Lie is only a first-year U23 rider but already impressed with strong results this season and the previous years. Last season, De Lie became Belgian champion in the junior category and finished third at the European championships in Plouay. Besides the national title he conquered in Anzegem, De Lie also took home the overall victory at the ‘Belgium Cup’. He won the Vlaams-Brabantse Pijl and obtained top ten results in Paris-Roubaix and Harelbeke.

“Personally, it is more than a dream come true. At the start of the season, I didn’t even know what 2021 would bring, due to the whole Covid situation. Somehow, I managed to convince Lotto Soudal”, says Arnaud De Lie.

Arnaud De Lie’s first season as an U23 rider started quite late in 2021. However, the 19-year-old rode his first race between the pros and immediately finished third at the GP Vermarc, won by Álvaro Hodeg. Afterwards, Arnaud De Lie participated at the Giro U23, where he obtained three top ten results. Two days ago, De Lie soloed to victory at the GP Color Code in Bassenge, the first leg of the U23 Road Series.

“Multiple teams were interested, but I deliberately chose for Lotto Soudal. In the end, the team has given me the chance and offered me great support to start racing at the U23 category. In January, I already joined the team training camp in Spain where I could train with amongst others Brent Van Moer, John Degenkolb, Tim Wellens and Philippe Gilbert. Phil really is my idol. And now I will be his teammate…”

Arnaud De Lie sees himself as a Classics rider, despite the fact he’s also a fast finisher and able to ride a decent time trial.

“Just give me some time. I definitely still need to improve my time trialing and maybe also the rest as well. If it’s too early to turn pro? I don’t think so. Look at what riders like Remco Evenepoel and Tadej Pogačar perform. I definitely don’t want to compare myself with them, I want to build my own career, but I am really ambitious”, concludes Arnaud De Lie.

“Ambition is the first step”, says Lotto Soudal General Manager John Lelangue. “Arnaud is a big talent and we will monitor his evolution very carefully. Step by step, just like we’re doing with all of our young guys. There are already a lot of them in the team, but everything fits into a thoughtful project. We build the future and in 2021, the young guys already showed themselves really well. Also Arnaud won’t disappoint us. We count on him but most of all, he can count on the team!”