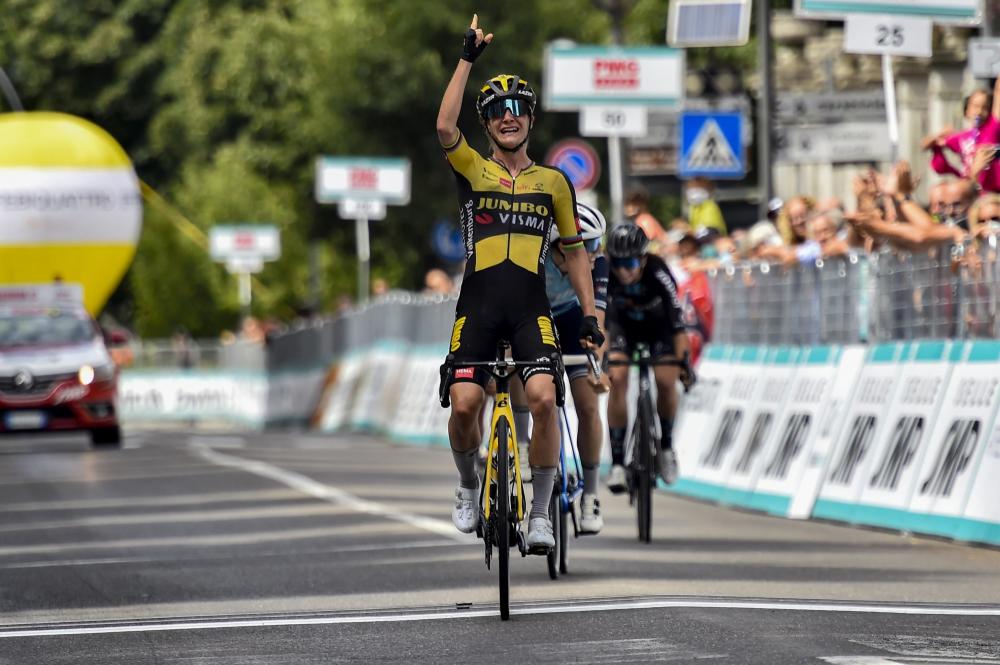 Marianne Vos has won the third stage of the Giro d’Italia Donne. The leader of Team Jumbo-Visma was the best of a front group of four. She beat her breakaway companions in the final sprint. For Vos it is her twenty-ninth stage victory in the Giro Donne.

The peloton remained together for a long time during the hilly 135 kilometre stage. Due to the rainy conditions the peloton broke up in a descent, fifty kilometres before the finish in Ovada. This allowed a group with Vos, Lucinda Brand, Liane Lippert and Elise Chabbey to create a gap to the peloton with pink jersey wearer Anna van der Breggen. The lead eventually increased to four minutes, so the foursome could battle it out for the stage win.

For Vos, it is her third victory of the season. She dedicated the victory to Jolien Verschueren, the Belgian cyclocross star who died of cancer last week at the age of 31. “Of course it is great to win here twenty-nine times. But the best thing is to be able to pursue your passion and do what you love. It is strange to have lost Jolien this week. We think we are suffering here, but there is so much more to life”, said an emotional Vos, who pointed to the sky as she crossed the finish line. “I thought about her today and that gave me extra strength because I knew how dedicated she was. I wanted to ride a special race for her today.”

“From the hill zone we knew we had to be all over the place to compete for the win”, explained sports director Marieke van Wanroij. “We had ticked off this stage beforehand. Marianne made the crossing to the decisive front group in a very good way. We worked well together and it helped that the peloton gave the leaders enough space because they were far enough behind in the general classification. We had discussed the final well beforehand and Marianne finished it skillfully.”

For Team Jumbo-Visma Women Vos’ victory meant the third of this season.