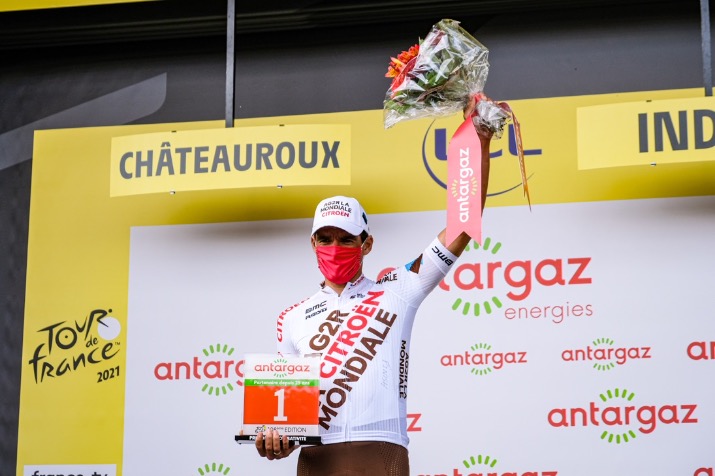 Greg Van Avermaet from the Ag2r Citroen team was the most aggressive riders at stage 6 of the Tour de France.

“There was a nice group of eight breakaway riders, and it could have gone a long way but in the end not everyone had an interest in riding. So, I attacked on my own; luckily I was joined by Roger Kluge. We worked well together. I gave my best shot to go as far as possible. We were around 40 seconds ahead for a long time, but with a peloton in hot pursuit, and the sprinters determined to face each other before the more difficult stages to come, in the end it was not possible. I’m glad I was able to get on the podium for the most aggressive rider prize. “, he said after the stage.