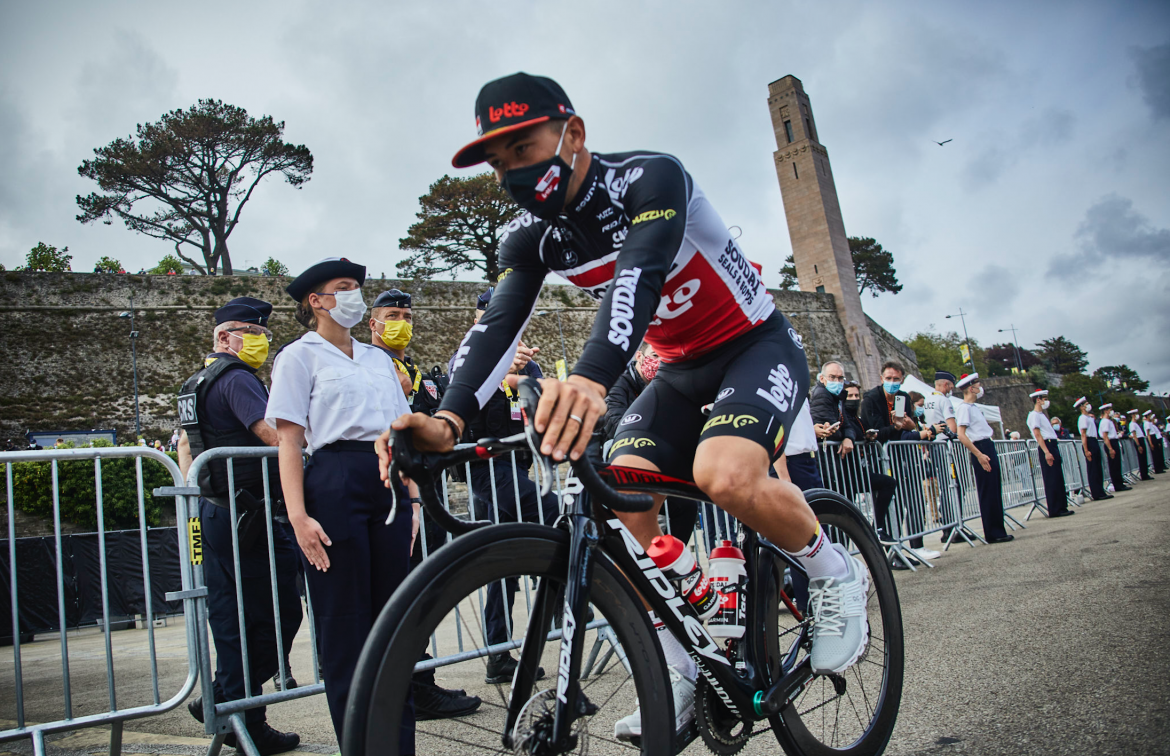 Lotto Soudal’s Caleb Ewan will be at the start of the Tour de France for the third time in his career. The Australian managed to win multiple stages in his first two participations and also this year, Ewan hopes to add to his tally of five stage wins at the Tour. Caleb Ewan looks ahead to the Tour with confidence.

“I feel really good and of course the Belgium Tour – where I won two stages – has given me that extra bit of confidence”, says Caleb Ewan. “Of course, I’ll be looking for stage wins at the Tour, but I haven’t put a number on the amount of stages I want to win. Obviously, it’s always my goal to win as many stages as possible, but a lot will depend on how I’m going. In any case, I do feel stronger than ever and it just feels great to have the full support of the team.”

Ewan targets stage wins, but he doesn’t expect it to be up there in the difficult opening weekend.

Caleb Ewan: “There are three sprint opportunities in the first six days of the Tour. The first two stages will be a little too hard for me. On training, I focused more on sprinting, but I was going quite well uphill at the Belgium Tour. Nevertheless, I don’t think I will be up there during the opening weekend. My main goal is to win the pure sprints. I think there are around seven to eight sprint opportunities, a lot more compared to last year. There are also relatively few transition stages.”

At the Belgium Tour – where Ewan impressed with two stage wins – Tosh Van der Sande and Harry Sweeny were added to the lead-out. Sweeny and Van der Sande will also debut at the Tour.

“As there are more sprinters at the start this year, a lot of teams will want to control the race. This should make it a little easier at the end of the stage. With Tosh Van der Sande and Harry Sweeny, our sprint train has been strengthened. I think that we have the best team for the sprints but Groupama-FDJ and Deceuninck-Quick-Step have a solid train as well. But there are a lot more riders to keep an eye on like Merlier and Philipsen. Maybe it is true that I am one of the fastest guys at the Tour, but if I want to beat my opponents, I need to do everything right.”

The many sprint chances could create an opportunity to go for the green jersey, but Caleb Ewan is not yet sure of that.