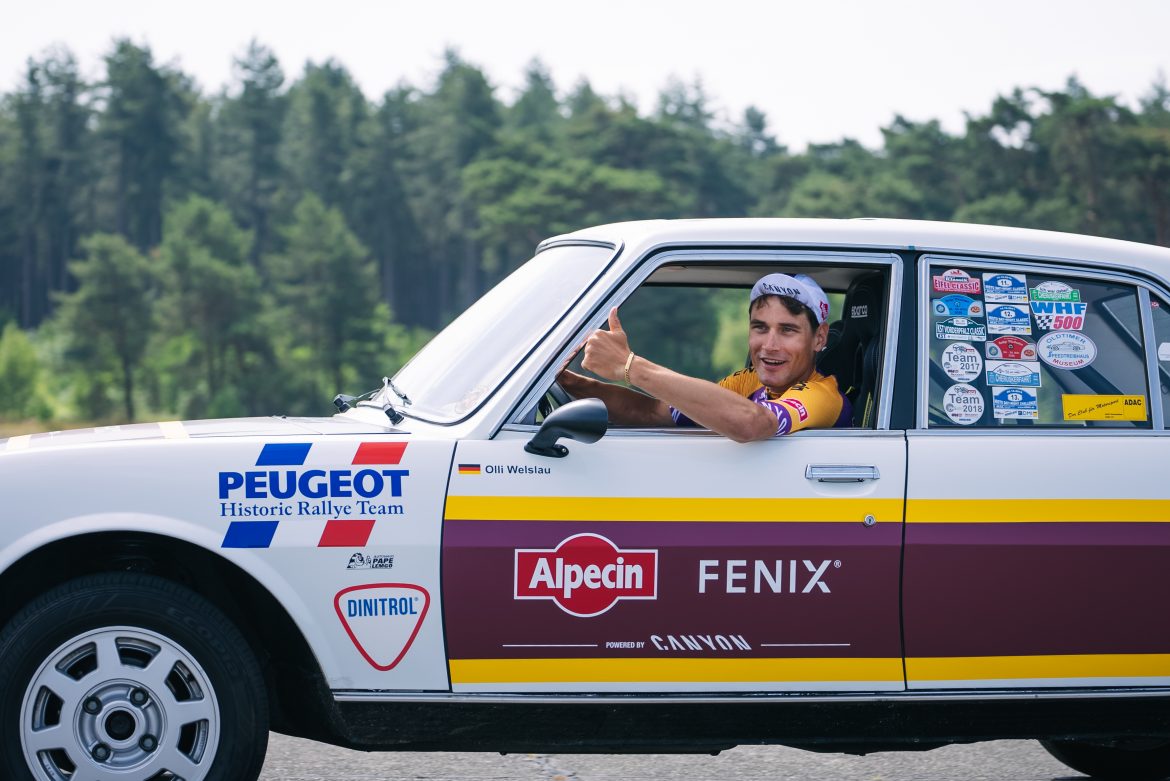 What is the idea behind “MerciPoupou”?

Between 1962 and 1976, Poulidor competed no less than 14 times in the world’s biggest cycling race, Le Tour de France. Eight times he finished la Grande Boucle on the podium in Paris, but without having worn the yellow jersey for a single day. This was also the case on his last arrival on the Champs Elysees in July 1976, when he took third overall.

Now, 45 years later, his grandson Mathieu van der Poel is set to make his debut in le Tour de France. It is now up to him to chase the yellow dream and thus personify the heritage his grandfather left him and the whole cycling world. Generations of heroes succeed each other, but the aspirations remain identical. The same goes for the public following the Tour: the passion for Le Tour is passed on from generation to generation, watching the race live or on screen.

Raymond Poulidor’s career has ended 45 years ago, but today the story still continues. That’s why, at the eve of Mathieu van der Poel’s Tour de France debut, Alpecin-Fenix would like to dwell on this legacy and show their gratitude by saying: “Merci Poupou”!

Team Manager Philip Roodhooft: “We could not let this opportunity pass by. 45 years after Raymond Poulidor finished an incredible career, his grandson Mathieu van der Poel starts for the first time in Le Tour de France. This is a unique chance for Mathieu and the team to pay tribute to his grandfather and to one of the most iconic riders the cycling world has had.

The fact that our partners support “Merci Poupou” shows their commitment on the long run. Alpecin is the most historical cycling sponsor with a history of 75 years, while Fenix and Canyon are not just looking for a commercial return on their investment. They mainly want to support the team and the riders chasing their dreams. Dreams that found their origin in the cycling heritage we all got introduced to by our own (grand-)parents.”

Mathieu van der Poel: “My grandfather recognized my joy of cycling early on and he always said that David and I were more talented than he was. Today, I wish he could be there and experience this moment together with our family. He dreamed of this for a long time, but I am sure he is proud as he always was. I’m delighted that we can pay an ultimate tribute to him in such an exciting way and that we will be able to say all together: ‘MerciPoupou’!”

Charity
To show our commitment to this heritage, and help children chasing their dreams, a fully dedicated website has been developed on www.mercipoupou.com. On the webshop, fans can buy a MerciPoupou replica shirt or cycling cap.

The proceeds of this online sale will go to a charity project. Organizations and charity projects supporting children and teenagers in sports will be able to apply for this fund. More information on this will be communicated during Le Tour de France by all parties involved.