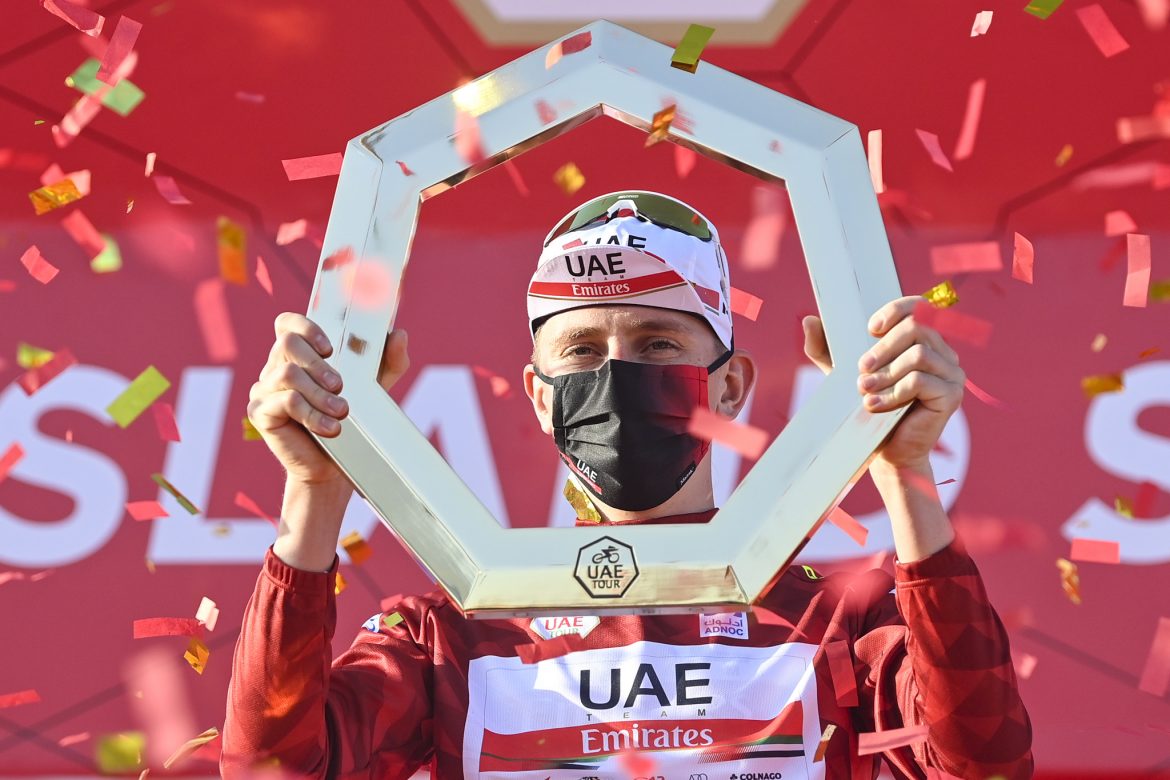 UAE Team Emirates have unveiled the team heading into the Tour de France (26 June-18 July) to start the Grand Boucles which begins from the city of Brest.

The team heads into the 21 stages led by 2020 champion Tadej Pogačar, with a mix of climbers and flat-terrain experts to support the Slovenian.

This year’s route covers a total distance of 3,383 kilometres and is notable for two long individual time trials (totalling 58km) which will be crucial in the battle for the yellow jersey. The race will spend much of the first week on the flat, rolling roads of Brittany before transitioning over to the Alps and onto the Pyrenees before the surviving riders make it to the Champs Elysees in Paris.
Team Manager Joxean Matxin Fernandez (Spa) will lead the squad alongside Sports Directors Andrej Hauptman (Slo) and Simone Pedrazzini (Swi). The team is comprised of 8 riders:

Tadej Pogačar: “It’s a privilege to be back to the Tour as the defending champion.It’s been a tough year for a lot of people and we hope we can give everyone 3 weeks of exciting racing.
My year so far has gone really well and I’m really looking forward to starting this Tour with good preparation and good condition. I am confident in myself and my team, we can’t wait for the challenge.”

Joxean Matxin Fernandez (Team Manager): “Our aim for this year is clear: we are going to try and defend the title which Tadej claimed last year, so we have built a team around him. We have a good mix of youth and experience to support Tadej with a strong block of climbers and also solid riders for the flat roads.
Obviously we’ll be heavily marked by the other teams and it’s not going to be an easy task, but we are confident and know that a big result is well within the capabilities of Tadej and the team.”