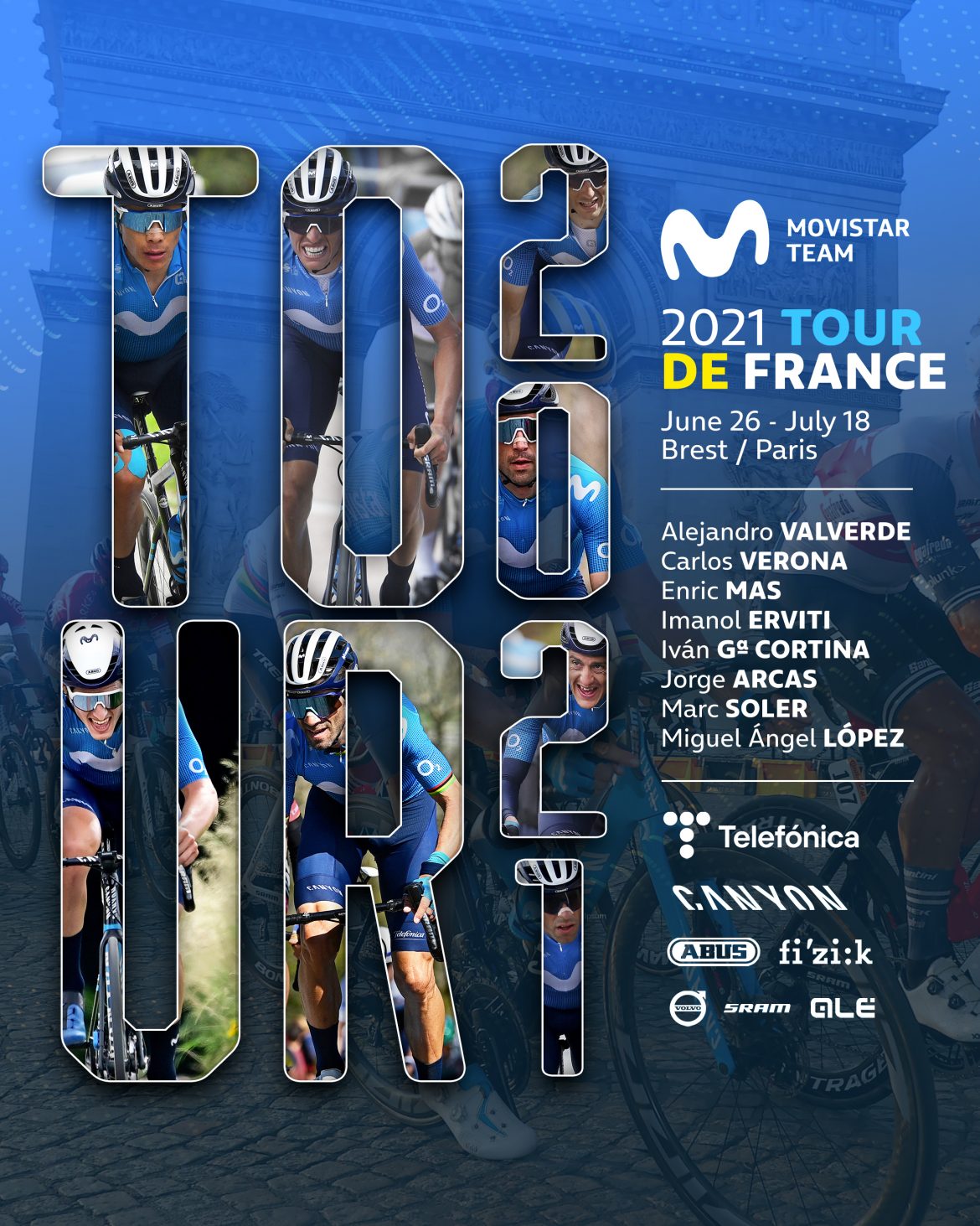 The Movistar Team confirmed Monday its lineup for the 108th edition of the Tour de France, which starts in Brest on Saturday 26th June and will end in Paris’ Champs-Élysées on Sunday 18th July.

It will be the team’s 39th consecutive appearance -the eleventh under Telefónica’s sponsorship- at the most important stagerace in the calendar, an event they’ve won seven times, with 34 stage victories and seven team GC prizes.

The Movistar Team brings a strong squad to Brittany, led by Mas and López, fifth and sixth overall in the 2020 race. The lineup also features Valverde, a stalwart in the ‘Grande Boucle’ with 13 previous appearances.