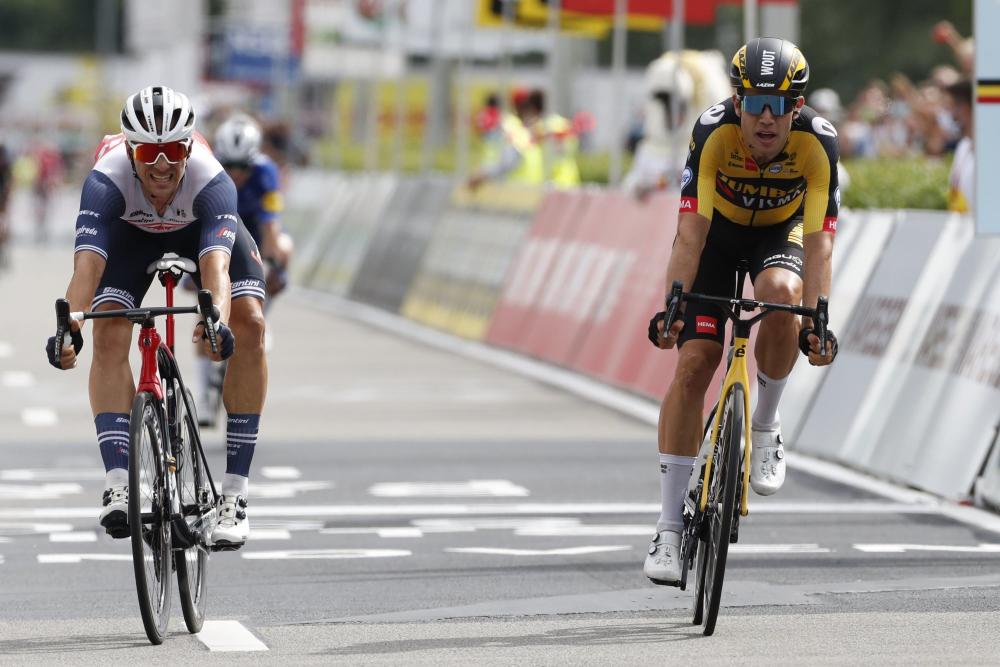 Wout van Aert is the new Belgian champion. In a thrilling sprint he beat Edward Theuns by a small margin. It’s the first time the 26-year-old rider of Team Jumbo-Visma wins the tricolour in the national road championship.

The Belgian riders were presented with a course of 221.3 kilometres. Van Aert, Edward Theuns and Remco Evenepoel battled for the title after a late breakaway.

“It was a difficult final”, Van Aert said. “When Theuns came to join, I wanted to rely on my sprint. But I had already carried a large part of the escape. In the end it was very close. It seems like I’ve been winning with a small margin in the sprint for a while now, so I was happy when I saw the difference on the photo finish. The Belgian tricolour is one of the most beautiful jerseys in the peloton. I already won it in the time trial last year. Of course I wanted to win it on the road as well. This victory is extra special because I want to dedicate it to a good friend I lost this month. I thought about that a lot, and for three weeks I had been thinking about winning this race for him. A lot of other things have happened, but they don’t matter when you go through something like that. I had to fight hard to be back here at the start and I want to thank him for giving me the strength today. I’ve ridden several championships where it didn’t work out, but today I was in the right breakaway. Especially in the circumstances, it’s really good.”

The victory has also given Van Aert more confidence heading into the Tour. “I can still get better. I started here with doubts, but I’m happy I can go to the Tour like this and show that jersey. The Tour is a very different course, but I got a lot of confidence today.”

Teammate Nathan Van Hooydonck crossed the line in the chasing pack: “I’m super happy for Wout. He worked really hard for the last few weeks and made a lot of sacrifices. It’s a great reward for him to go to the Tour like this. The tricolour is the most beautiful thing. When Wout rode away with a group, I did not make myself very popular by controlling the peloton. I always find it very annoying when that happens, but it’s just part of it. This is a beautiful reward.”

For Van Aert, the national title is his fifth win of the season. Team Jumbo-Visma has been successful twenty times so far this season.