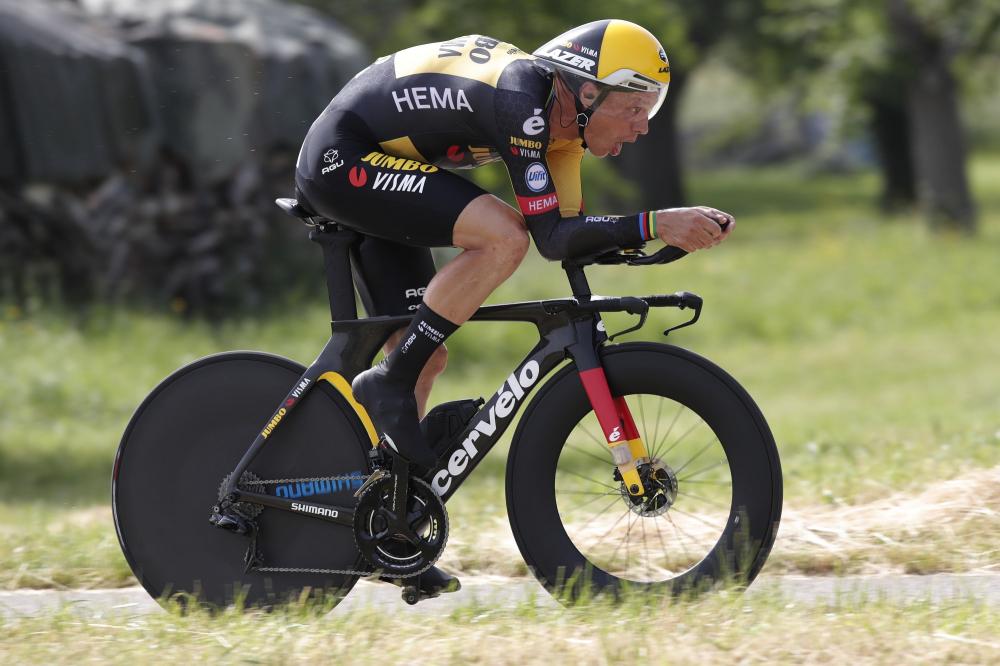 Tony Martin has won the German time trial championship for the tenth time in his career. The 36-year-old rider of Team Jumbo-Visma defended his title in Öschelbronn with flying colours.

On the hilly route of more than thirty kilometres Martin was fast from the start. He subsequently recorded the fastest time at the intermediate point. At the finish Martin had an advantage of almost a minute over his nearest competitor Miguel Heidemann. The victory meant the fiftieth time trial victory in Martin’s career. For Der Panzerwagen it’s his first win this season and for Team Jumbo-Visma the seventeenth.

“I had to go deep”, Martin said. “The weather conditions were extreme. The heat made this time trial extra tough. Especially in the second part of the race it hurt. I was encouraged by the lap times. It was a great relief when I knew I was going to win. It is special to win this title for the tenth time. I am looking forward to riding in my country’s jersey in time trials for another year.”

Sports director and compatriot Grischa Niermann spoke highly of his rider. “Tony rode very strongly. Halfway through the race he already had a nice lead on the competition. The fact that he is winning the title for the tenth time is special. He did a great job today.”