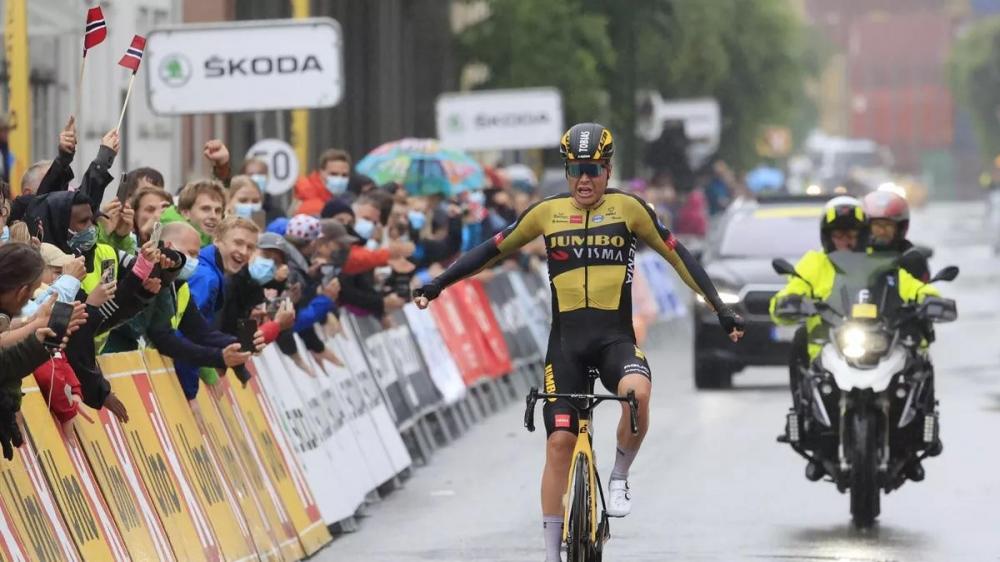 Tobias Foss is the new Norwegian road champion. The 24-year-old rider of Team Jumbo-Visma crossed the finish line solo after a grueling race. On Wednesday he already managed to conquer the time trial title.

In rainy Kristiansand, Foss broke away from a leading group of four with four kilometres to go. The pursuers couldn’t catch him anymore, after which Foss crossed the finish line with a lead of more than thirty seconds. In the second group, Jumbo-Visma Development Team rider Johannes Staune-Mittet neutralised any attempt from riders to contra-attack.

“It was a beautiful, but cold and wet day on the bike. My thanks go to Lillehammer CK, my local club, for all the help”, the Norwegian said. “I played my cards well. I was in a good breakaway and at four kilometres from the end I saw a good moment to go for it. I enjoyed this day.”

In addition to the Norwegian title, Team Jumbo-Visma also managed to conquer the Dutch and Belgian titles today. “After the finish it was nice to see that Timo and Wout had also clinched their respective titles.”

It is Foss’s second win this season. This brought Team Jumbo-Visma’s victory tally to twenty.