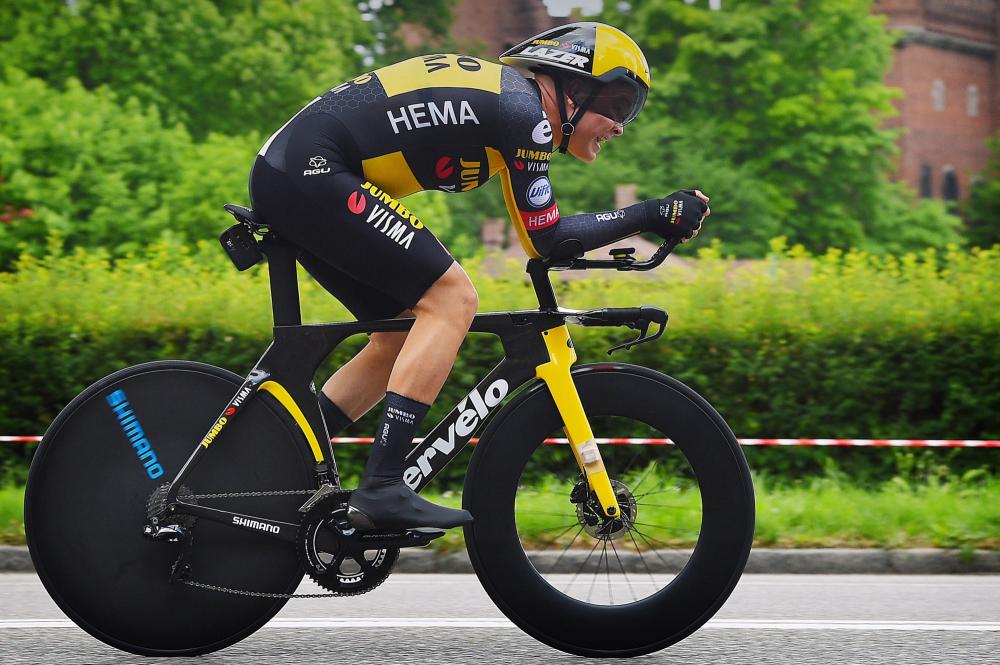 Tobias Foss has secured the national time trial title in his homeland. The 24-year-old Norwegian of Team Jumbo-Visma played was too strong for the competition and won after fifty kilometres against the clock. The new national champion will also represent Norway in the Olympic time trial.

The numbers two and three followed at a considerable distance. They conceded over one and two minutes respectively to the winner. It is the first national title among the pros for the 24-year-old Foss, who has previously been national champion in this discipline among both juniors and U23 riders.

“This was a very good time trial”, Foss explained afterwards. “It was going well from the start. I rode a good pace and was able to make my pedal strokes in a good rhythm from the start. Along the way, I got the feeling that I could decide this time trial in my favour. I even managed to enjoy my time trial. It’s been going really well since the Giro and I’m glad I was able to continue the good form.”

Coming weekend Foss will also be competing in the road race of the Norwegian Championships. “This course is not really in my favour. Nevertheless, I want to ride in the front there too and seize any opportunity with both hands. For now I’m just enjoying today’s victory. I’m looking forward to riding my time trials in the national jersey in the coming year.”

For Foss it was his first win of the season. This brought Team Jumbo-Visma’s victory tally to sixteen.