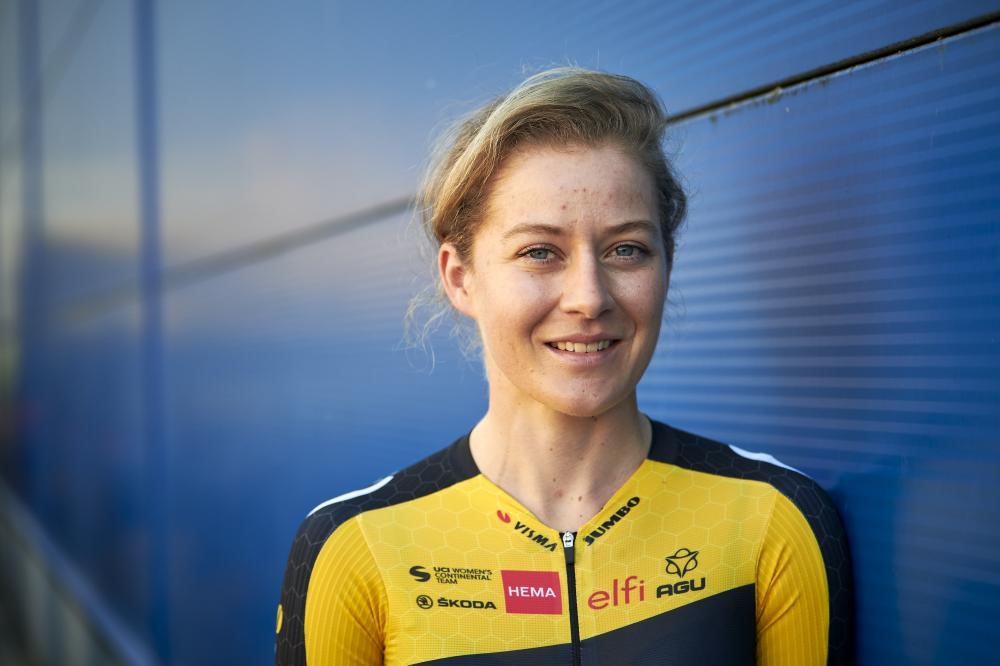 Amber Kraak has joined the women’s team of Team Jumbo-Visma at least until the end of 2021. The former rower will make her debut in the black and yellow jersey during the Dutch Championships.

Together with Anne-Marie Schonk, Kraak became world champion U23 lightweight ladies double and was part of the Dutch selection for the Olympic Games in Tokyo until 2019. “As a reserve for the Olympic selection I ended up being alone in the boat a lot and where I lost the fun. Then I started to focus on cycling. Rowing is very taxing on your back and I already cycled a lot to still take the load on my legs. It wasn’t until I stopped rowing in 2019 that I started racing. That went really well and I got a lot of pleasure out of that.”

The 26-year-old athlete is looking forward to a great adventure at Team Jumbo-Visma. “In the coming months I want to see if I can contribute to the team. I can also learn a lot about cycling. Not only about the physical, but also about the tactical aspect. I expect that especially the multi-day races will suit me. I recover quickly, so the more days the better. I also like climbing, so I expect to develop more into a climber.”

Team manager Esra Tromp is very enthusiastic about the new addition. “I expect Amber to be a good addition to the team. Coming from rowing, she has tremendous capacity. She has a little less experience in riding races so the coming half year we will mainly use as a trial period to get to know Amber and to see how she develops further as a cyclist. She was able to train with us for a few days before and we are happy that she is coming to support the team already this season.”