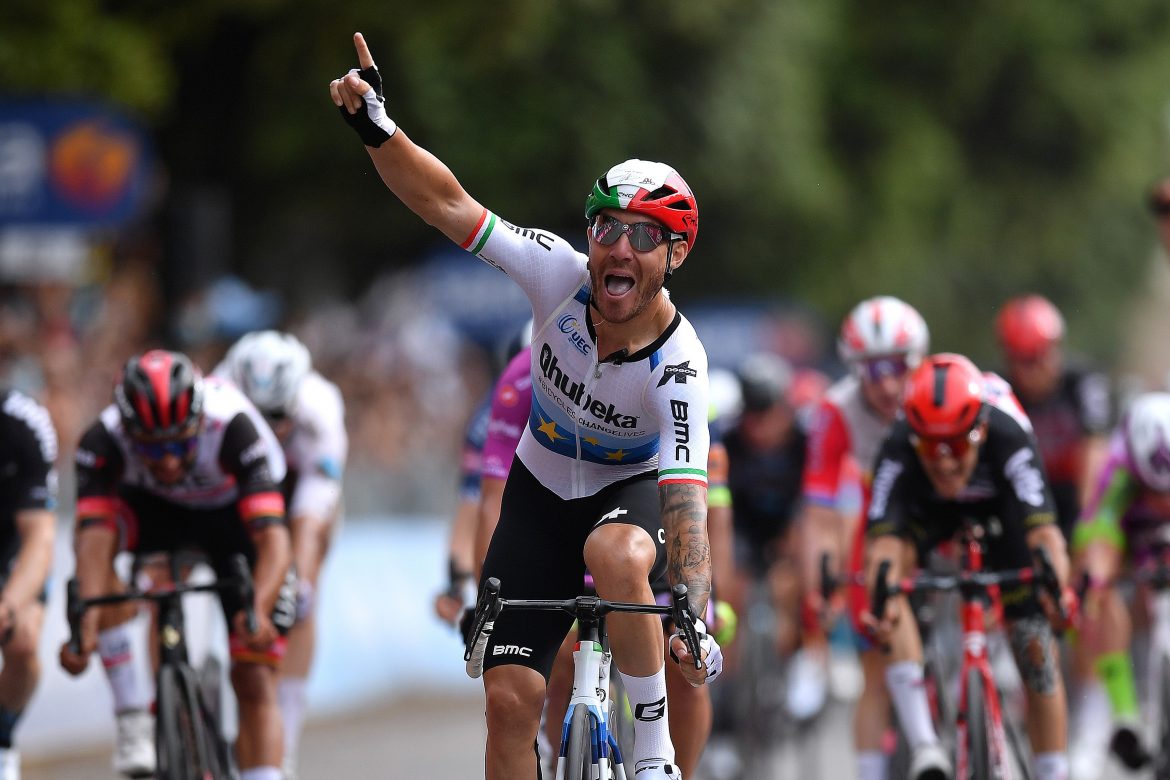 Johannesburg, 14 June 2021 – The current European and Italian champion, Giacomo Nizzolo, will begin his preparations for the second-half of his season with his sights now firmly fixed on the UCI Road World Championships in Flanders in September.

The 32-year-old Team Qhubeka ASSOS sprinter recently took his maiden Grand Tour stage win at the Giro d’Italia, a victory he described as an “explosion of emotion” after 11 second-place stage finishes.

The Italian has netted 15 top-10 finishes this year across 46 race days; only Kilian Frankiny and Bert-Jan Lindeman have raced more than him in our team this season. 2021 has seen him race at Etoile de Besseges, UAE Tour, the cobbled Classics, Paris-Nice, Milan-Sanremo, Giro d’Italia and the Baloise Belgium Tour, among others.

“Of course it’s been an intense first part of the season, especially with the Classics and then focusing on the Giro where I was looking to be in the best possible shape for the flat sprints, I worked really hard for that. After the Giro I had a few days of rest and then it was full focus for Gippingen where I felt really good (Nizzolo placed 4th) and then to the Tour of Belgium, which was an intense race.

“The goal for the second part of the season now is the World Championships, to be in top shape for this event. It’s going to take a lot of work but I’m confident I can do it. In terms of preparation I know that I need to be there without any regrets, working as as best as I can, and then once I’m at the race at we can give it everything.

The 2021 Road World Championships in Flanders will be raced over 268.3km, starting in Antwerp and finishing in Leuven on 26 September.

“I’ve raced a lot in Belgium and I really like to race here. It’s always very intense, it’s always very hard (racing) but very exciting. The Belgians are incredibly passionate about cycling and you feel that the atmosphere is so incredibly unique. For my profile as a rider these roads and the course suit me so that’s why I like it.

Team Qhubeka ASSOS will next be heading to the Tour de France, where Giacomo will be supporting his teammates from home as his preparations take shape.

“We had a great Giro this year with a great atmosphere in the team, working for each other in the true spirit of Ubuntu and that’s what saw us achieve the results that we did. I really hope that at the Tour the group there will be able to replicate that and they can achieve similar successes. I’ll be cheering and supporting them, staying in contact like we always do with one another in the team and lending them all of my support.

“The next steps in my programme will see me at altitude camp for some time and after which we’ll asses the plans beyond that. Those of course will be looking towards the European Championships, where I want to defend my title to the best of my ability, and then on to the World Championships.”

Nizzolo is also the most recent guest on the ‘Unclipped’podcast; Team Qhubeka ASSOS’ unique content offering that provides greater insights into the characters within our team.

All previous episodes of the podcast can be found here while the series is also available via all podcasting platforms including: