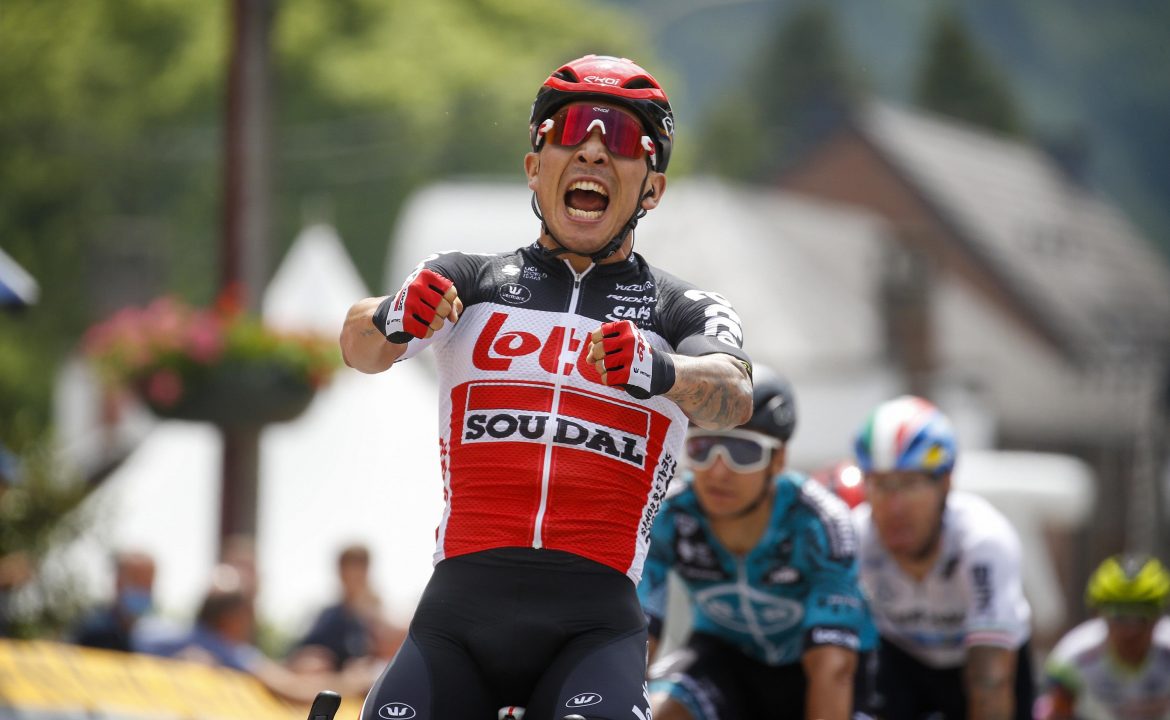 One day after Caleb Ewan’s stage win in Scherpenheuvel-Zichem, the Australian once again took the day’s honours for Lotto Soudal at the Belgium Tour. Against all odds, a reduced bunch sprinted for victory in what was marked as the queen stage in and around Hamoir. Following another impressive lead-out by Lotto Soudal, Caleb Ewan finished the job perfectly. The Australian won the sprint with a considerable margin over Bryan Coquard and Davide Ballerini. Ewan also took over the points jersey from Remco Evenepoel, who remains the overall leader.

“To be honest, I didn’t really believe in a stage victory before the start”, begins Caleb Ewan. “I expected that the GC guys would take their opportunity today and that there would be a lot of attacks. But the pace was kept really high all day long and I think a lot of the guys didn’t really have the legs to get away in the end. It was only with one lap to go that I really started to believe in it. I felt good and we decided that we would give it a go. That is why you started seeing us coming to the front to chase the breakaway. I am really happy to pull it off once again after a superb job by my team today.”

After a run-up that included several ascents – one of which the infamous Mur de Huy – two local laps of around 30 kilometres were covered in and around Hamoir. The pace was held high and the peloton was thinned out as the riders headed closer to the finish. Despite several attacks, no one was able to carve out a considerable gap. In the very final of the race, the riders were confronted with several climbs, where the peloton was completely strung out. Caleb Ewan got a little distanced, but thanks to impeccable teamwork, he was brought back to the very front of the race. His Lotto Soudal teammates delivered a perfect lead-out in which Jasper De Buyst brought Caleb Ewan in a perfect position to the final straight. The Australian rewarded his teammates with a second consecutive stage win, De Buyst still finished in 5th place.

“Of course it was a really tough stage and obviously I wasn’t really expecting to be there in the final. I got distanced on the final climb but the team did an amazing job waiting for me and moving me back to the bunch. In the end, we were still with five guys left and it worked out perfectly. I knew it would be hard to come back but I kept fighting with my teammates to bridge to the front group. And that lead-out was again really impressive…”

Caleb Ewan can make it three wins tomorrow in the closing stage towards Beringen, where another bunch sprint is expected.

“Tomorrow, there’s another chance for a stage win and obviously we are really motivated to go for it again. I don’t think I ever scored a hattrick in my career so that would really be unique”, concludes the 26-year-old Australian.