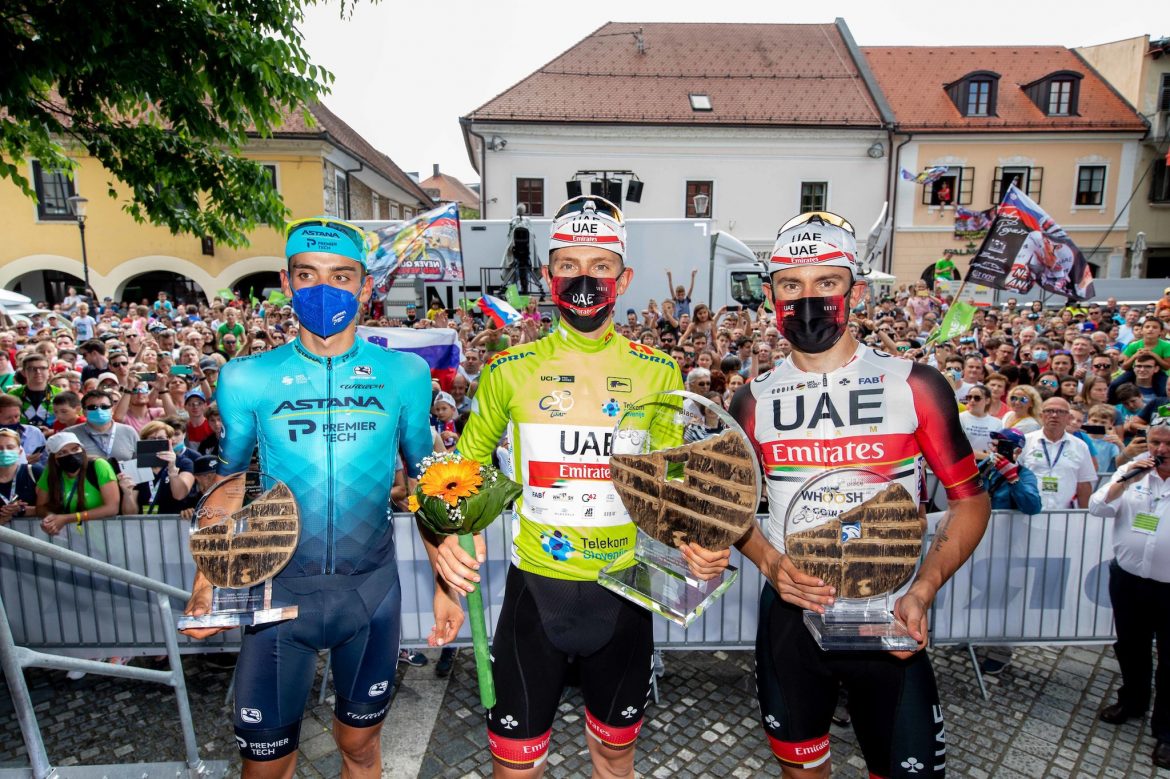 Tadej Pogačar added another victory to his growing palmarés , winning the overall title of the Tour of Slovenia. The Emirati team put in a strong performance, placing four riders in the top 10.

The fourth stage, 175.3km from Ljubljana to Novo Mesto, was decided by a quick finish in which Matteo Trentin finished in fourth place.

10 km from the finish, the group closed the gap to the breakaway as the teams began to prepare for the fast finish, with Trentin doing well in the last kilometre to follow the train of Bahrain – Victorious, just falling short of the stage win.

In the overall standings Tadej Pogačar wins the overall and also earns the jersey of best climber and best youngster thanks to the victory on stage two and the second place on stage 4.

Tadej Pogačar: “It is an incredible emotion, I have been near the podium in this race four times and I can finally celebrate taking the title. It was a beautiful week that makes me happy and proud to be able to be here at home in front of all these people. The team has always worked well and we deserved these results, congratulations to all the guys.

My legs are getting better and better and I’m almost ready for the Tour de France. I still have two weeks to prepare myself for what will be my next big goal ”.