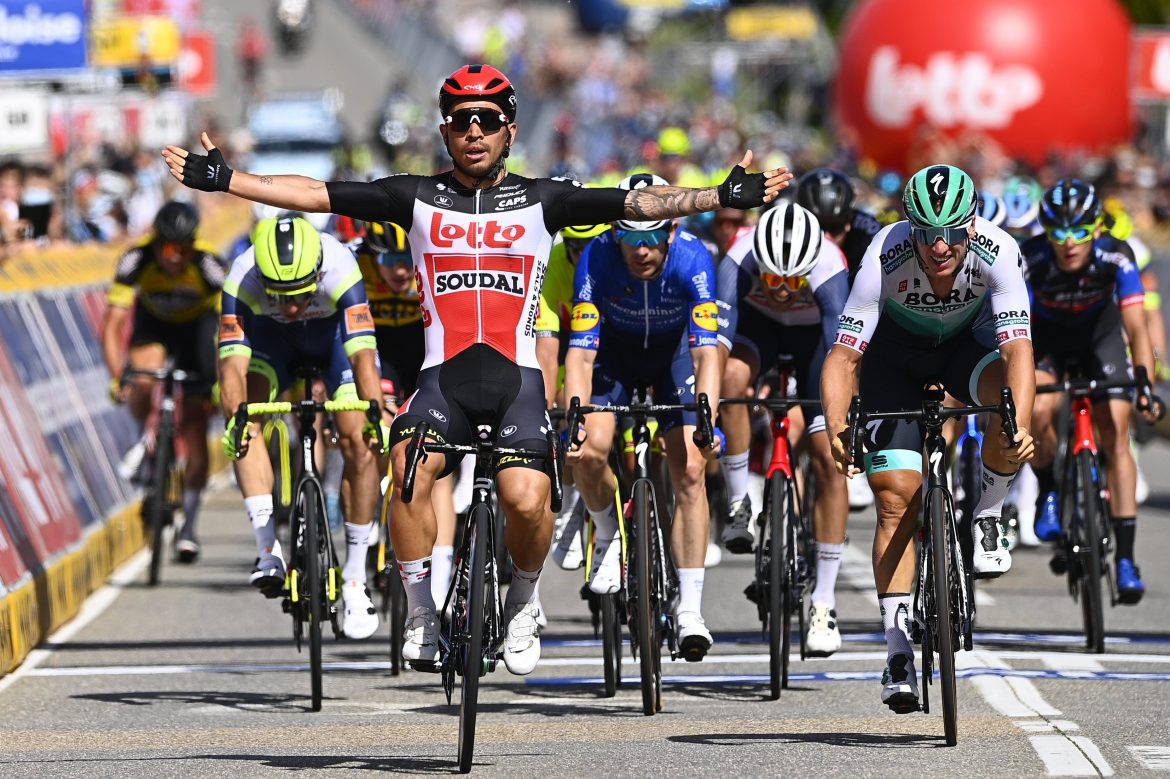 Caleb Ewan has won the third stage at the Baloise Belgium Tour after an impressive team effort. On a slightly uphill finish in Scherpenheuvel-Zichem, the Australian launched a strong sprint after what was an impressive lead-out from his Lotto Soudal teammates. Ewan won ahead of Pascal Ackermann and Michael Mørkøv. For the 26-year-old Ewan, it’s the 50th professional victory of his career.

“I am really impressed by what my teammates did today”, starts Caleb Ewan. “They brought me into a perfect position before that final climb and at the top, we were all together. Then they basically pulled into the headwind all the way to the finish and no one came around us. I think we were only with four guys left as we had to use a few more teammates than we wanted to chase the breakaway and that’s what makes it even more impressive.”

From the start of the stage, Lotto Soudal – together with several other sprint teams – immediately took control of the race. An early breakaway of five was kept in check and eventually caught at a handful kilometres from the finish. With an impressive lead-out, Caleb Ewan was brought into a perfect position towards the slightly uphill finish, which suited the Australian perfectly. Ewan finished off the work of his teammates with a powerful kick to the line.

Caleb Ewan: “I am really lucky to have such strong and smart teammates. We’ve integrated Tosh Van der Sande and Harry Sweeny in the lead-out as well, a first time at the UAE Tour and now here again and I think that was maybe what we were missing a little, those two guys in front of Jasper and Roger. Although it had been months since we’ve all raced together and did a sprint, they just did the perfect job.”

“Obviously, tomorrow’s Ardennes stage will be quite hard but I’ll use it as a training. Of course, I hope to be back up there on Sunday for another sprint. It would be nice to go into the Tour with at least one more win, but I am happy with how I am feeling now. As a sprinter, confidence is your biggest weapon. I feel like everything’s on track”, concludes Caleb Ewan.