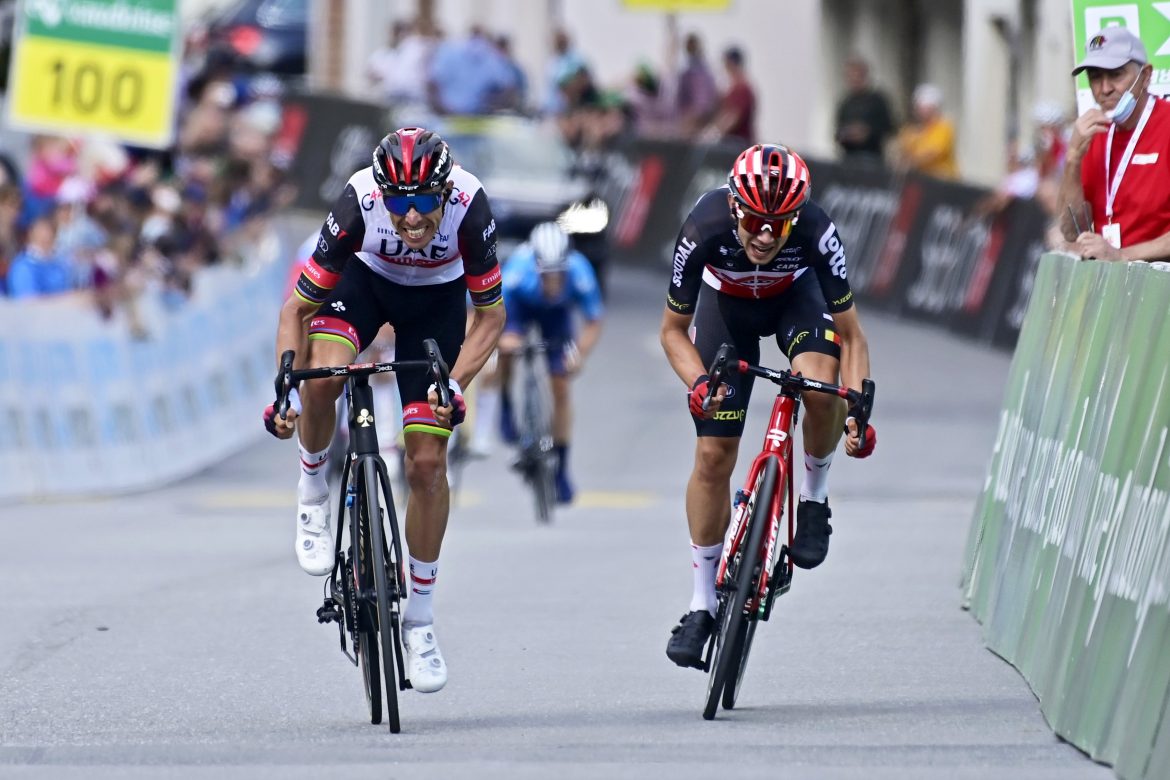 Andreas Kron was awarded stage six of the Tour de Suisse after former world champion Rui Costa was relegated. Rui Costa crossed the line first but Lotto Soudal’s Andreas Kron protested after Costa changed his line in the sprint and denied Kron the chance to sprint for the win. After race officials looked at the race footage, Kron was handed the stage win.

“I also saw the sprint footage in the truck at the finish line and the decision of the jury is right”, begins Andreas Kron. “We started the sprint on the right and ended up on the left. Both Rui and me think that we were the strongest. That’s fair. In a regular sprint we could have found out. I trust the jury and I’m the winner. I’m happy for that.”

For Andreas Kron it is his second WorldTour victory of the season in his first season being part of a WorldTeam. Earlier this year, the young Dane won the Volta a Catalunya opening stage.

“It just feels amazing. What a start. If you would have told me this in the beginning of the season I would never have believed it. I was born in 1998. Apparently a good year, as also riders like Hirschi and Pogačar are from ‘98. I need to keep up with them…”

In stage six of the Tour de Suisse, a 130-kilometre test from Andermatt to Disentis, the riders had to tackle three major climbs. On the final climb of the day, first Rui Costa and Hermann Pernsteiner bridged to De La Cruz, who attacked from a big breakaway group – which also included Andreas Kron – at 45 kilometres from the finish. With five kilometres to go Andreas Kron joined Costa and Pernsteiner at the front. A three-man sprint would decide the stage. Although Costa crossed the line in first place, Andreas Kron was awarded the stage win as Costa changed his line in the sprint and was relegated.

“I’m happy for myself but even more for my teammates”, concluded Andreas Kron. “They worked so hard for me the first days of this race, but yesterday I had a hard day and missed out my GC. It’s nice to give something back.”