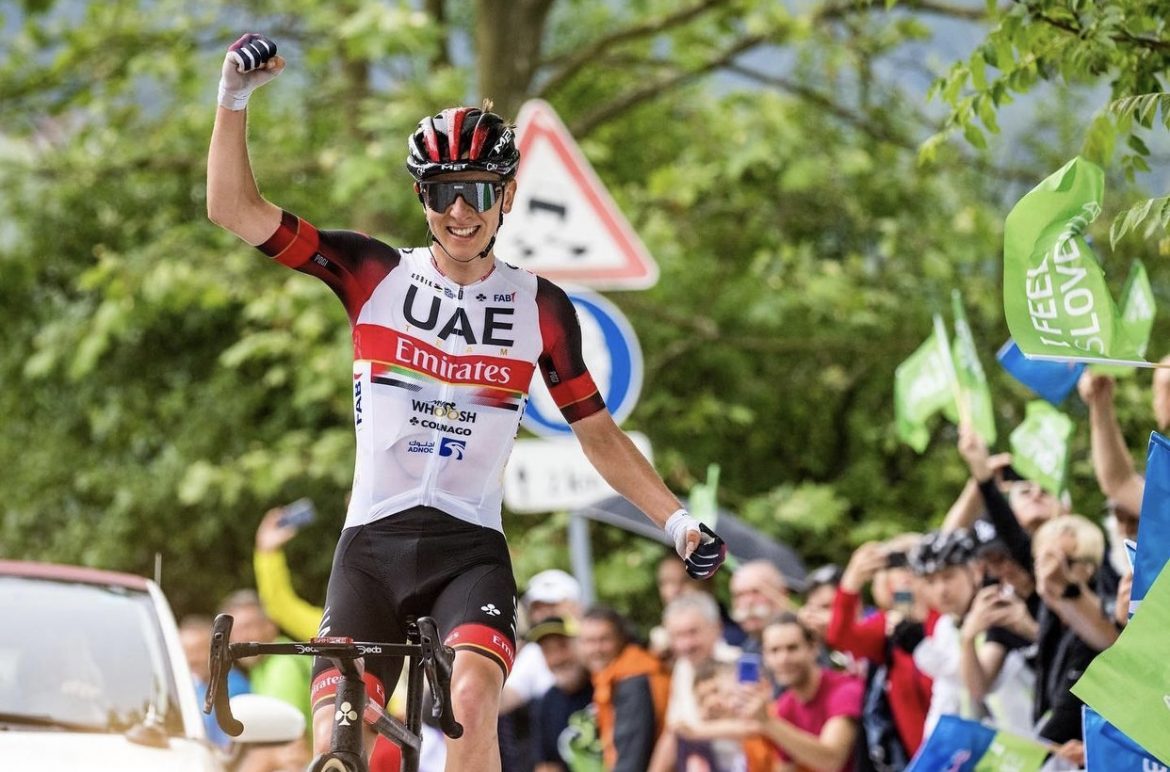 Forty-six days after his last victory at Liege-Bastogne-Liege , Tadej Pogačar put in an impressive solo performance to take the win on stage 2 of the Tour of Slovenia.

After the first stage being decided by the sprinters, today the climbs began with a distance of 147km that brought the riders from Zalec to Celje.

Pogačar attacked near the summit of the 2nd Cat climb of Svetina, after the day’s main escape had been brought back. No one was able to follow the Slovenian who consolidated his advantage on the final 2 km ascent towards the finish line.

The win finished off a team effort by UAE Team Emirates with Laengen at first managing the pace of the race before the decisive attack by Pogačar ; later in the final there was some excellent control work by Ulissi, Polanc and Majka in the group of pursuers.

In the top-10 of the day the UAE Team Emirates had four men: Pogačar 1st, Ulissi 3rd, Majka 7th and Polanc 10th.

Pogačar: “I am very happy. This is my first victory in the Tour of Slovenia and to win in front of the home crowd in a classic stage like this is beautiful. The team did a fantastic job. Trentin pushed all day, Oliveira took me to the foot of the final climb and the other guys helped me as best as possible until the end. I am proud of all the guys and we aim to do well in the next stages as well ”.

Tomorrow the third stage is 165.8 km of undulating roads from Brežice to Krško.