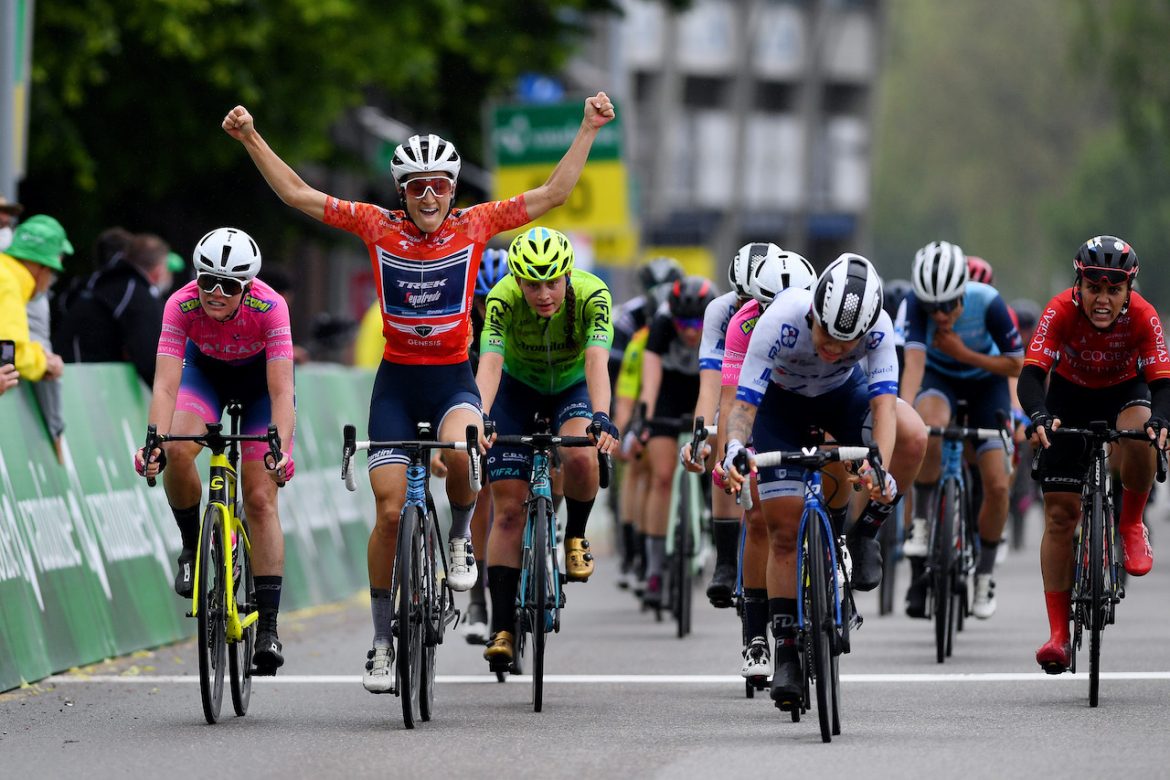 Four seconds separated first place from second heading into Stage 2, the final of two days of racing in the new Women’s Tour de Suisse. The 97-kilometer circuit race offered time bonuses in two intermediate sprints and the finish line, and who would take home the yellow jersey was far from settled.

After a disappointing Stage 1, Lizzie Deignan came into the day motivated.

“I really felt that the best thing about today was the pressure of the perfect teamwork – I had to deliver the win,” explained Deignan. “Also I was really disappointed in myself yesterday tactically and the way I raced. It meant that I really put pressure on myself and the whole team today, and this is really a team victory.”

Champions know how to deal with pressure, and Deignan, true to her words, delivered.
The first order of business was to keep the bunch intact so a breakaway could not steal the time bonuses. Trek-Segafredo checked that box. Then they provided a leadout into the intermediate sprints using the expertise and power of Trixi Worrack, Audrey Cordon-Ragot, and Lucinda Brand.

Deignan won the first sprint and grabbed second in the next to give her a one-second lead over Chabbey.
With the race lead now in the hands of Deignan, it was time to let a breakaway go, and the team was happy to see a 12-rider move ride clear and hold off the bunch to contest the stage win and gobble up the last of the bonus seconds.

Chabbey gave one last attack in the finale to try and get away from Deignan, but an alert Cordon-Ragot, at the front, quickly shut it down.

“It really is a team victory,” continued Deignan. “I mean Trixi, Audrey and Lucinda led me out perfectly for the bonus sprints. Without them, I would not have had the chance [to win]. Letizia  (Paternoster) and Elynor (Bäckstedt) were great in the beginning of the race – everyone really counted. I am really grateful to them and happy I could finish it off.”

Deignan also collected the mountains and points jerseys, taking home all three in the first edition of the new Women’s Tour de Suisse.

The Women’s Tour de Suisse did run in 2001, but it never got off the ground past that. Back then Trixi Worrack won Stage 4, and now, 20 years later, the veteran was helping her teammate win.  So how important is it to win a race that has taken so long to return to the women’s UCI calendar?

“It’s really important,” answered Deignan. “Obviously, we know about the men’s Tour de Suisse and how iconic it is, and finally, we have a women’s race. So it’s very special to be the first winner of it,” said Deignan. “Next year we’ll be back to defend, and I think they should make it a bit longer [than two days] as you saw it was an exciting race.” 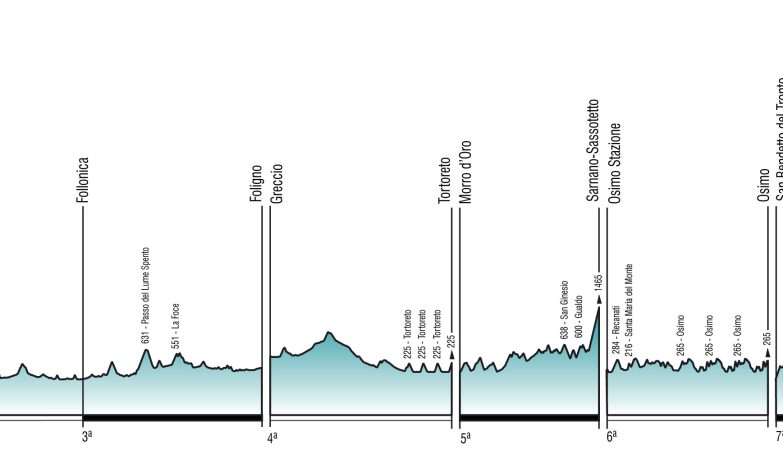