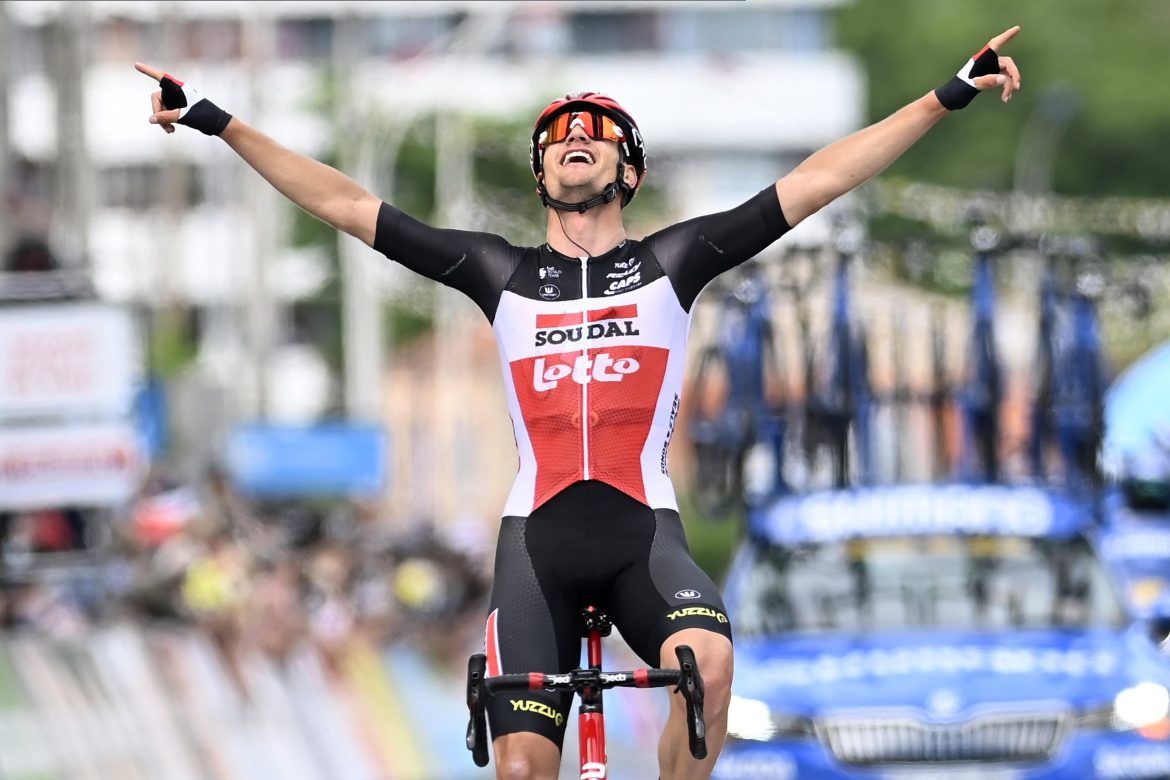 Good news for both Brent Van Moer and Lotto Soudal. At least till the end of 2023, both parties continue to work together. Brent Van Moer extended his contract at the Critérium du Dauphiné, where he won the opening stage. Brent still is 23 years old but already a familiar face at Lotto Soudal. In June 2019, the young Belgian turned pro from the Lotto Soudal U23 team.

“I received a nice offer and didn’t need much time to think about it, despite several other teams being interested.” says Brent Van Moer. “I feel really good within the team, have an excellent relationship with all of my teammates and also with the team staff. I love to be on the races with this group. And maybe even more important, at Lotto Soudal I get the chance to develop into a really strong rider. I can also still explore where the best of my abilities are. At the shorter stage races? Or at the Classics? Next year, I already want to fight for the victory at the semi-classics. I am really ambitious.”

“Step by step”, adds Lotto Soudal General Manager John Lelangue. “Brent is the perfect example of a rider who is trained at Lotto Soudal and keeps making progress. Into a winner. And there are also others like Brent in the team. And we keep on following the road we’ve chosen. The young guys are our future. Already in March, after Brent’s second place in a Tirreno-Adriatico stage, several other teams were interested. Brent would make an excellent domestique. At Lotto Soudal however, he gets more opportunities. We absolutely believe in Brent and vice versa.”

“And the team can continue to rely on me to work for the other guys”, concludes Brent Van Moer. “Nothing beats the feeling of giving it all for a winner like Caleb Ewan. Winning, that is why we became professional athletes in the first place.”