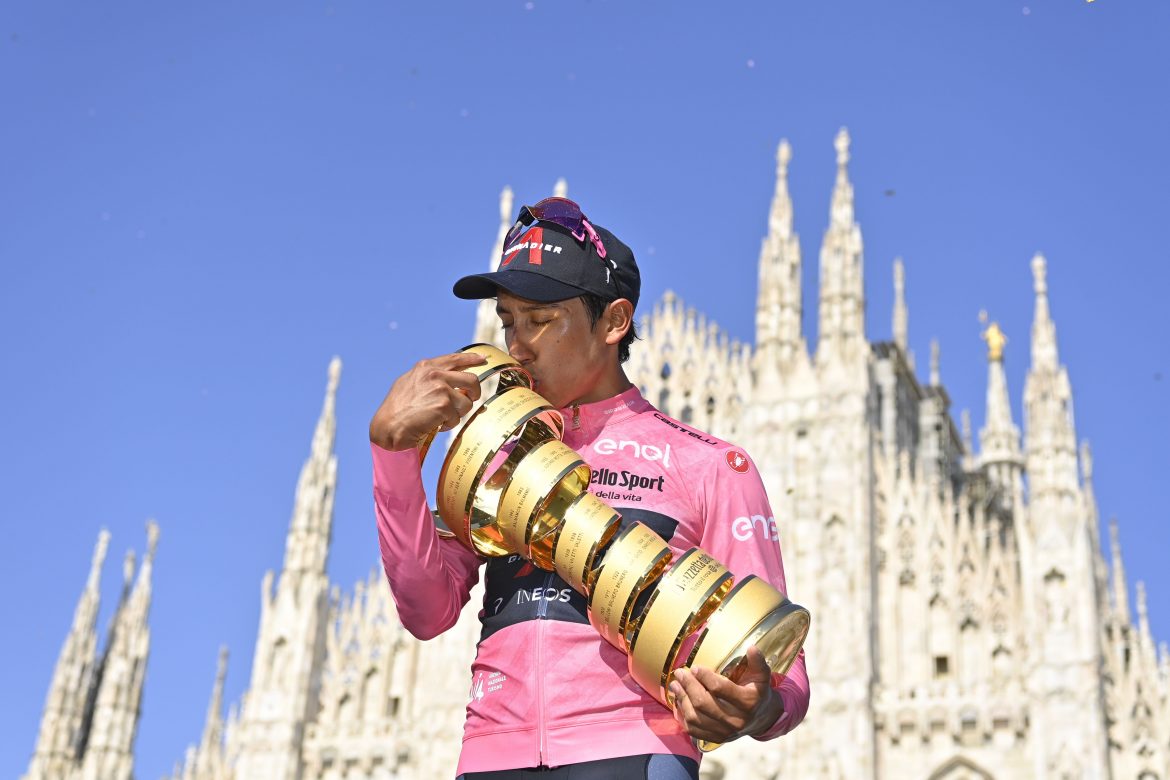 Speaking seconds after the stage finish, the overall winner Egan Bernal said: “I can’t believe what’s happening, I have just won the Giro d’Italia, I really have no words. I have had two difficult years with some problems that I hope to have put behind me with this success. The Maglia Rosa is special and the Giro is the most beautiful race in the world. I have no words to describe everything I feel. In this race I found the freedom to ride as I like, I will never forget these three weeks.”

The stage winner Filippo Ganna said: “To win my fifth ITT in the Giro is fantastic. Today I also beat bad luck, I had a puncture but I managed to change the bike really fast, like an F1 pit stop. As a team, we brought home a beautiful result. Egan Bernal did something wonderful that has been built over these last three weeks. We worked hard to keep Egan always at the front of the peloton: this Maglia Rosa is a success for the whole team and thanks to Egan for having finished it all off in the best possible way.”