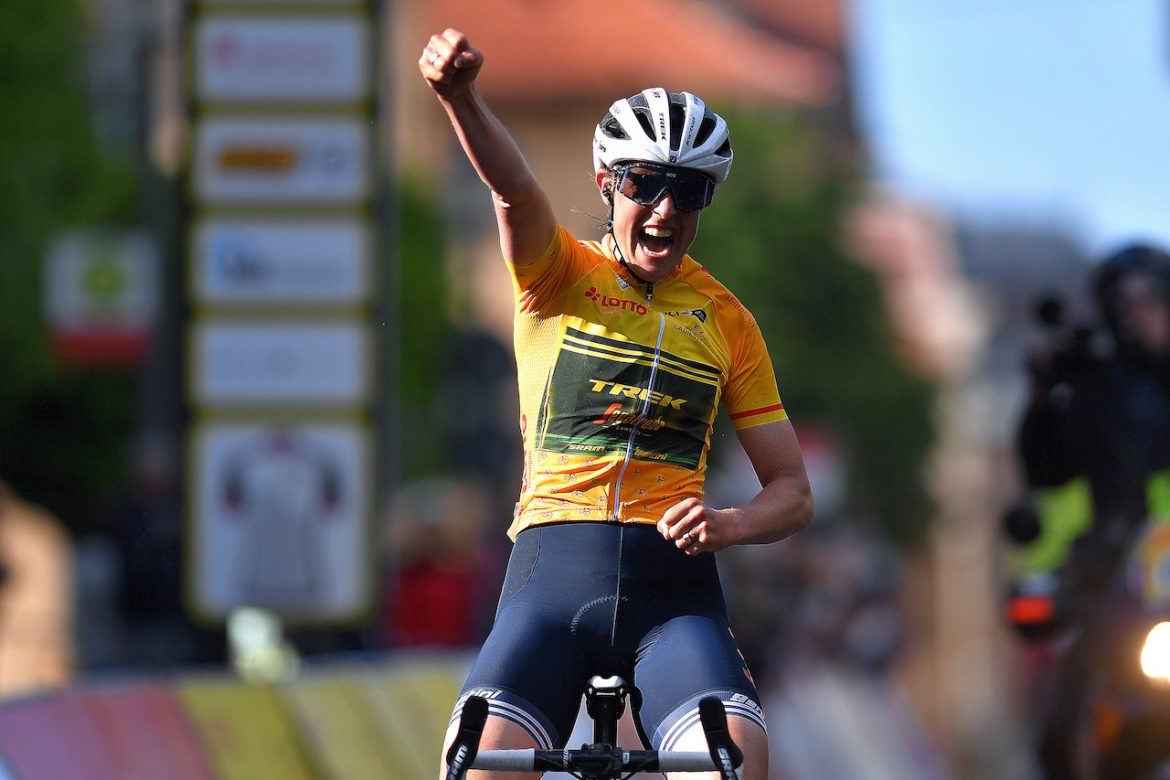 They say the best defense is offense, and Lucinda Brand proved that with a late attack in Stage 5 in the Lotto Thüringen Ladies Tour when she soloed to the win and padded her lead in the overall classification.
Brand’s move came off the backs of her teammates’ hard work. Trek-Segafredo controlled and eventually brought back a strong two-rider breakaway that had built up over three minutes’ lead for a good part of the 143-kilometer race.

“The start was quite hectic,” explained Brand. “The team did a great job of controlling and letting a break go and controlling the break as well. Towards the local lap the other teams took over because they noticed we were not really interested to close it.

Then they went to work in the hilly finale to help set up Brand’s late attack.

“In the final GPM, Lizzie did a really hard lead out, and I tried to attack but could not drop the other GC riders – they were too strong – but we ended up with a small group. Then Lizzie came back too, and somehow they let her go off the front and had to chase her real hard.”

The persistent effort by Deignan turned out to be the ultimate launching pad for Brand.
“There was one last small bump in the last 5k, and I saw an opportunity to attack and come over Lizzie. They let me go, they couldn’t follow, and I went full, full, full gas down to the finish. It was a hard downhill, I think, but I made it. I am super happy, and after all my teammates’ hard work, it’s great that I could finish it off and make a better position in GC.”

Brand has been a dominant force in the Thüringen Tour, finishing 2nd place in two stages and now adding another win to her Stage 3 victory.  She claimed the yellow jersey in Stage 4 and, with her win today, takes a 17-second lead into the final day Sunday.  A little more breathing room and a lot less stress dealing with the time bonuses at the finish for the last day.