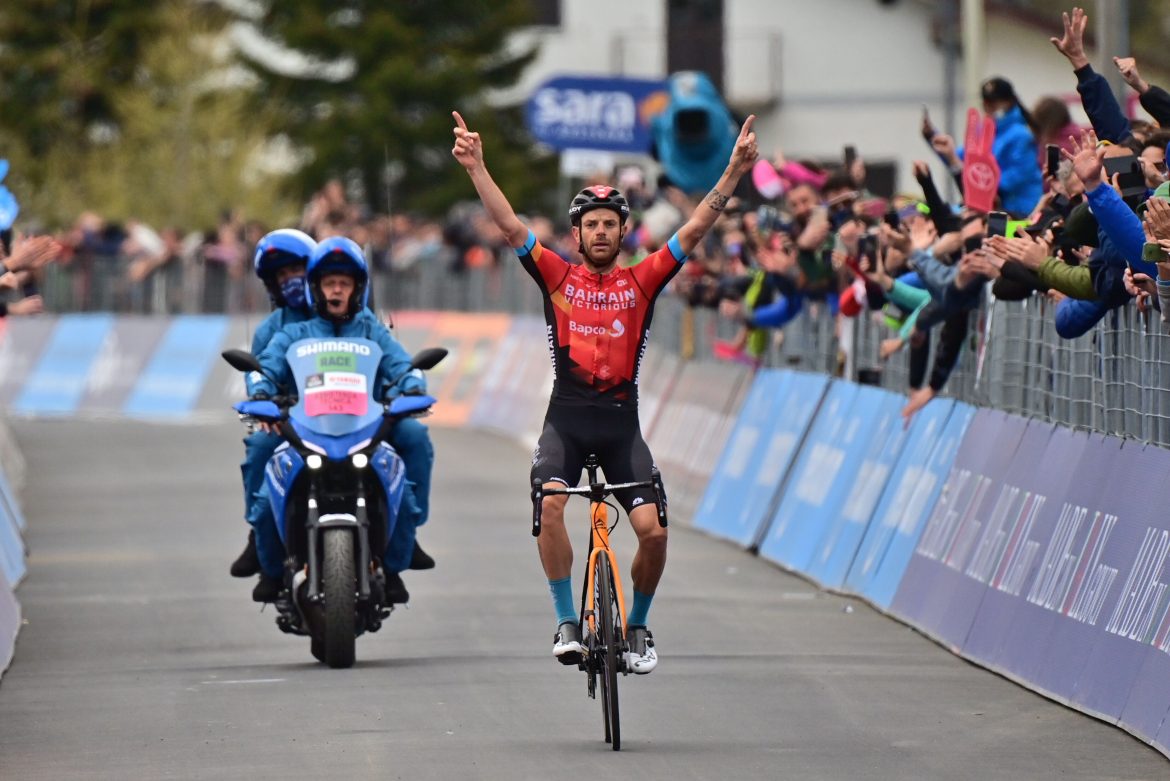 Speaking seconds after the stage finish, the stage winner Damiano Caruso said: “I thought about a thousand things in the last meters before the finish line, all my sacrifices, my training, and all the work done by my teammates. We rode in an exemplary way today, Pello Bilbao in particular did an incredible job and he played a fundamental role in this victory. Today I realized a dream, I think I am the happiest man in the world!”

The Maglia Rosa Egan Bernal said: “Today we rode very well as a team, we controlled the race in the best possible way. My teammates did a super job, a special thanks to Jonathan Castroviejo. I had good legs and I knew I had teammates around me but when Caruso attacked, with his advantage increasing, I admit I was worried. Now I am confident for tomorrow’s last stage, I have a two minute lead in the GC and I will give everything in the time trial.”