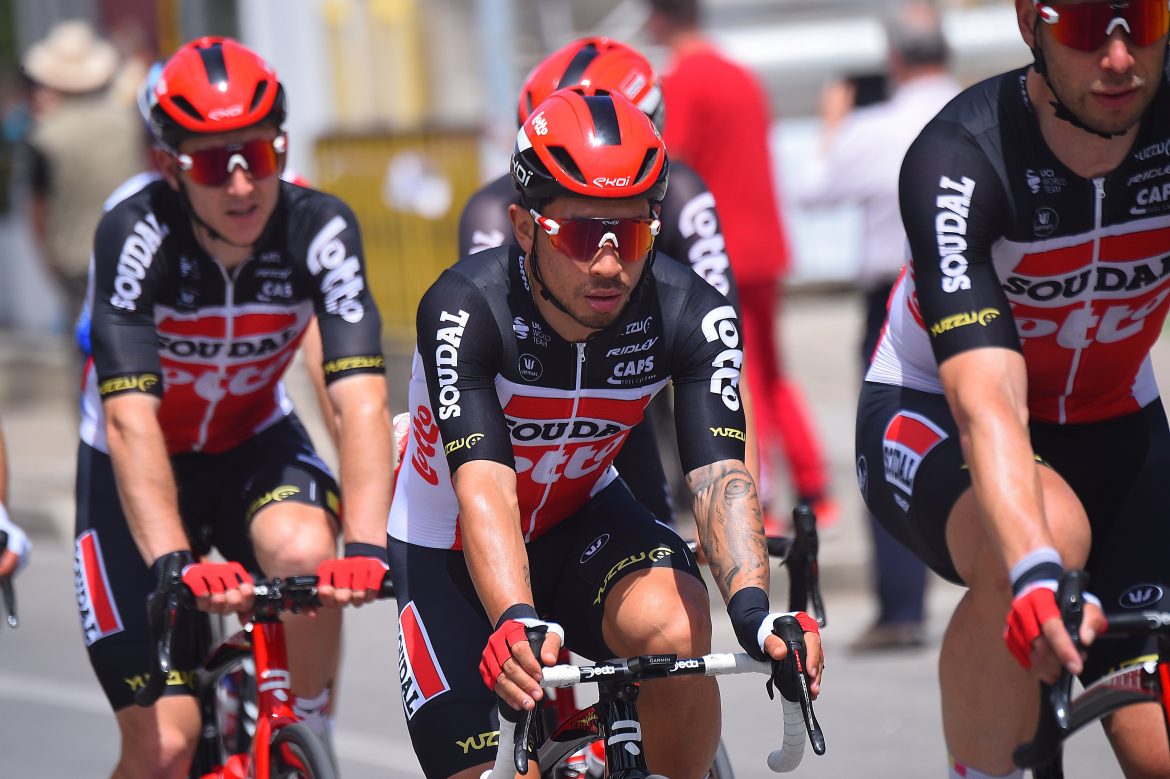 Following an unexpected and premature abandon at the Giro d’Italia, Caleb Ewan has resumed training. The recovery of his knee injury is going well and his participation at the Tour de France will not be affected. Ewan will resume competition at the Baloise Belgium Tour, which takes place from Wednesday 9 till Sunday 13 June.

“After my abandon at the Giro I was off the bike for a few days but I have resumed training now and everything seems to be going in the right direction. I just hope I didn’t lose too much of my shape because I really needed more race rhythm. That is why I was so disappointed to pull out of the Giro with the ‘maglia ciclamino’ on my shoulders. The plan was to continue for at least another week and trying to reward the team with at third stage victory”, says Caleb Ewan.

“The Baloise Belgium Tour is definitely a good race, as a preparation towards the Tour”, adds Lotto Soudal’s General Manager John Lelangue. “In 2019, Caleb prepared for the Tour de France via a similar run-up with the ZLM Tour now being the Baloise Belgium Tour. Last week, I travelled to Monaco to discuss both the short and long-term planning with Caleb. That went smoothly and we are both optimistic about the Tour de France. If everything falls into place, there should be around seven sprint opportunities where Caleb can go for one or more stage wins.”

“Obviously, the fact that Lotto Soudal currently only has two riders left in the Giro makes me quite unhappy but believe me, so are the riders who had to leave the Giro. Therefore, I am a little frustrated by the criticism from people who are not aware of the problems our riders have faced at the Giro. The fact that we have only two riders left in the race is an unfortunate turn of events. Lotto Soudal is and always will be a team of attackers, which we showed at the Giro and are still showing, even though only two of our riders remain in the race. We will keep on racing aggressively, starting at the Critérium du Dauphiné”, John Lelangue concludes.

Meanwhile, Kobe Goossens – who had to leave the Giro following a crash – has received good news. A scan revealed that Kobe did not sustain any fractures. The 25-year-old Belgian has already resumed training and if all goes well, Goossens will return to racing at the Tour de Suisse.