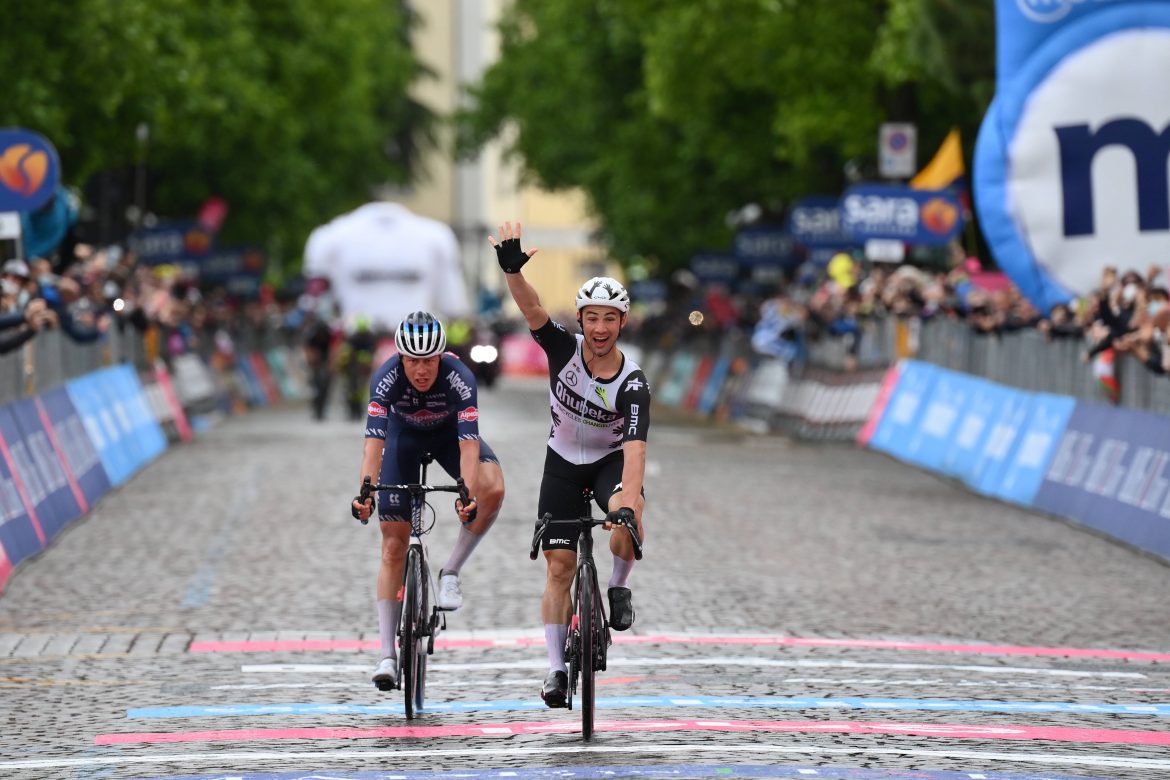 Speaking seconds after the stage finish, the stage winner Victor Campenaerts said: “It was just an amazing day for the team. As we don’t have climbers for the next few stages in the mountains, we decided to go all in today. We rode as one: ubuntu – ‘I am because we are’. We gave everything from the first few kilometers, what a fantastic day. We did a great job and I am so happy I could finish it off. Now we have three victories in the Giro, which is simply fantastic for a team that struggled to stay alive. We’re making an important statement as we are racing for the greater purpose of changing lives with bicycles: to provide bicycles in Africa for better education and better lives.”