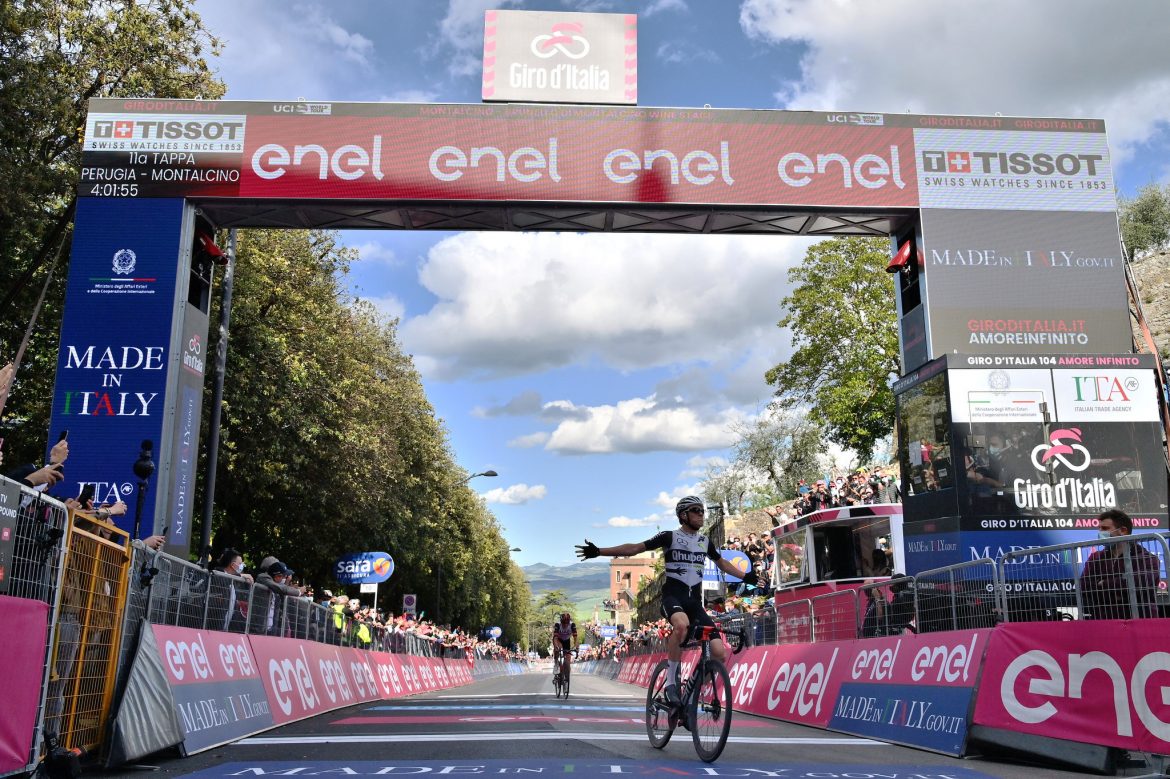 Mauro Schmid created a huge surprise as he claimed victory on the Wine Stage to Montalcino at the age of just 21. The Swiss newcomer emerged from a breakaway group of 11 riders that included Alessandro Covi, who was beaten on the line, and Harm Vanhoucke, who rounded out the stage podium. The race for the GC was an even more thrilling one, with Egan Bernal riding away from Remco Evenepoel on two occasions. In a decisive move, the Colombian reacted to an acceleration by Aleksandr Vlasov and distanced himself from his rivals to extend his lead in the overall ranking. He now enjoys an advantage of 45’’ over Vlasov, 1’12’’ over Damiano Caruso, 1’17’’ over Hugh Carthy and 1’22’’ over Simon Yates, whereas Evenepoel slipped to 7th at 2’22’’.