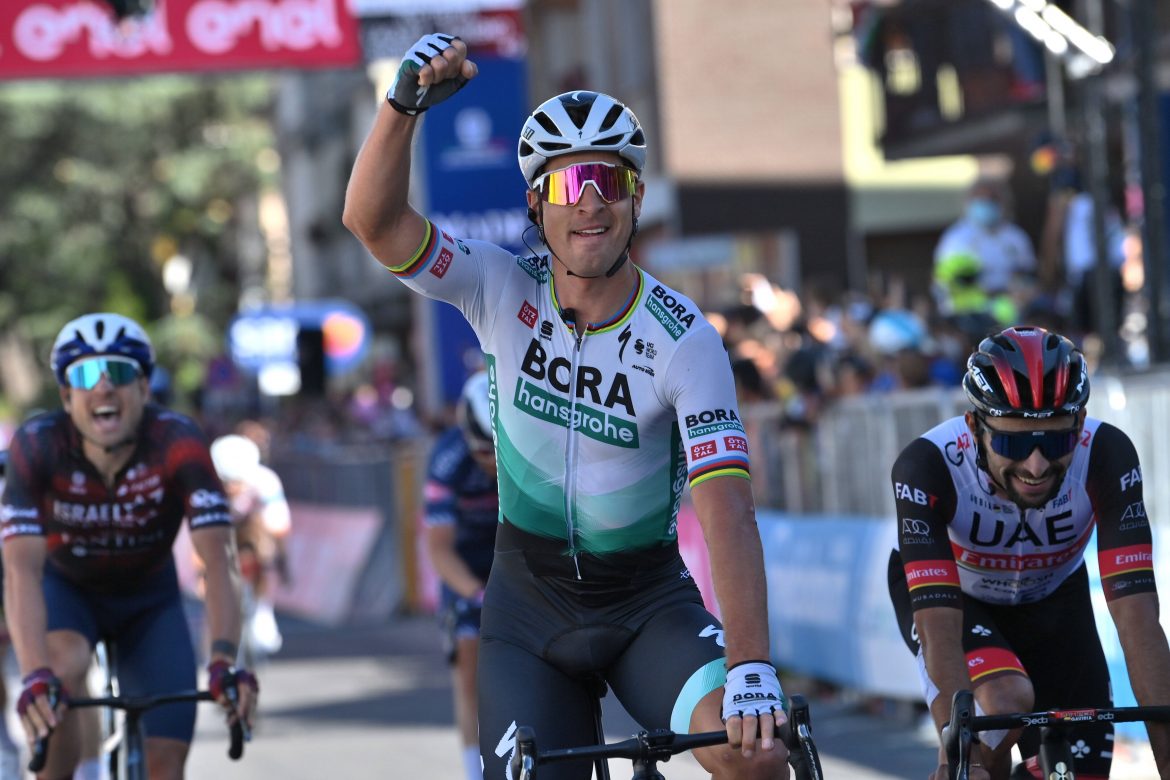 Speaking seconds after the stage finish, the stage winner Peter Sagan said: “A very good day for us. We tried our best. A big thank you to my Bora-Hansgrohe teammates. They did a great job to drop some sprinters on the last climb. Not all of them were dropped so I still had to beat top sprinters like Gaviria and Viviani. In the end I won and I’m very happy about that. I also needed some luck that I didn’t get in previous sprint stages.”

The Maglia Rosa Egan Bernal said: “I didn’t plan to go for the intermediate sprint. I just saw the opportunity to go behind Remco. I took only one second but it didn’t take me any effort. We’re here also to enjoy the race and this was a nice way to do so. It was actually a harder stage than we thought it would be this morning. Bora did a great job. Tomorrow I’ll train during the rest day and I’ll prepare for the very important stage coming up on Wednesday.”