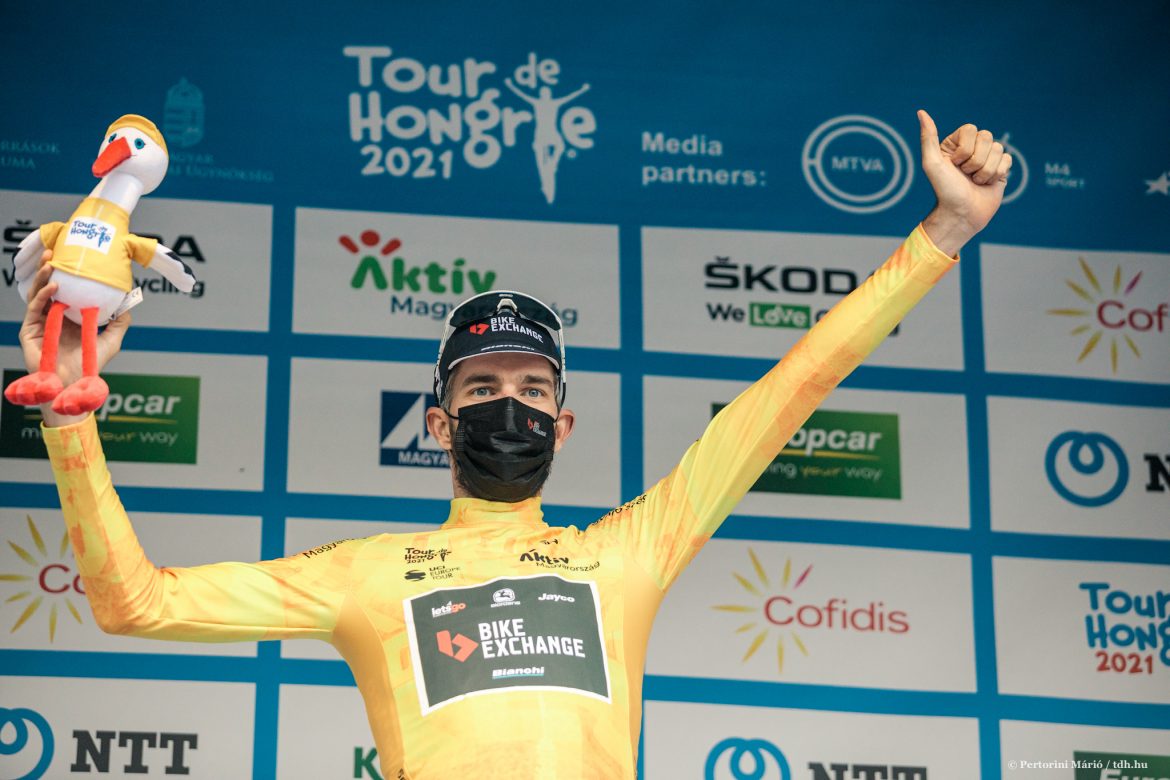 Today’s win is the 28-year-old’s third overall stage race victory of his career following on from last year’s Czech Tour title and the 2017 Herald Sun Tour.

The race concluded with 12 laps of a circuit around the capital with the stage always likely to finish in a fourth bunch sprint in five days. A breakaway was established in the opening kilometres, but the sprint teams kept them on a tight leash throughout the 92km stage.

New Zealander Sam Bewley chipped in with work on the front, while the rest of the team amassed around race leader Howson and guided him safely through the day. The sprint teams made no mistake and reeled the breakaway in ahead of the final lap before setting it up for a sprint finish won by Edward Theuns.

Damien Howson:
“Bike racing is never over until it’s over, so particularly until three kilometres to go I definitely had to be very attentive and have a little bit of luck go my way, no misfortune and at the end of the day I got around the course safely.

The team rode well and I’m happy to come away with the victory at the end of the week. It’s nice to see people at the side of the road again supporting bike racing and it was a nice day supporting the yellow jersey, I enjoyed it out there.

I think last year after winning the Czech Tour I had the desire to get a few more wins and it’s something I’ve put focus on and this race, I came close last year, so I knew it was in my grasp if I played it smart.”

Mat Hayman (Sport Director):
“We’re really happy to finish the tour off like that, it’s always a little bit nervous with a street circuit and there was quite a lot of rain this morning, but the boys did well defending the jersey.

We wanted to go for both, defend the jersey and go for the stage win, but it was quite a messy sprint again and Kaden [Groves] was a bit out of position, so that was a bit disappointing.

But we’re happy to see Damo get on the bus with the yellow jersey, we ticked that box, we won a stage and the tour, so we are really pleased”