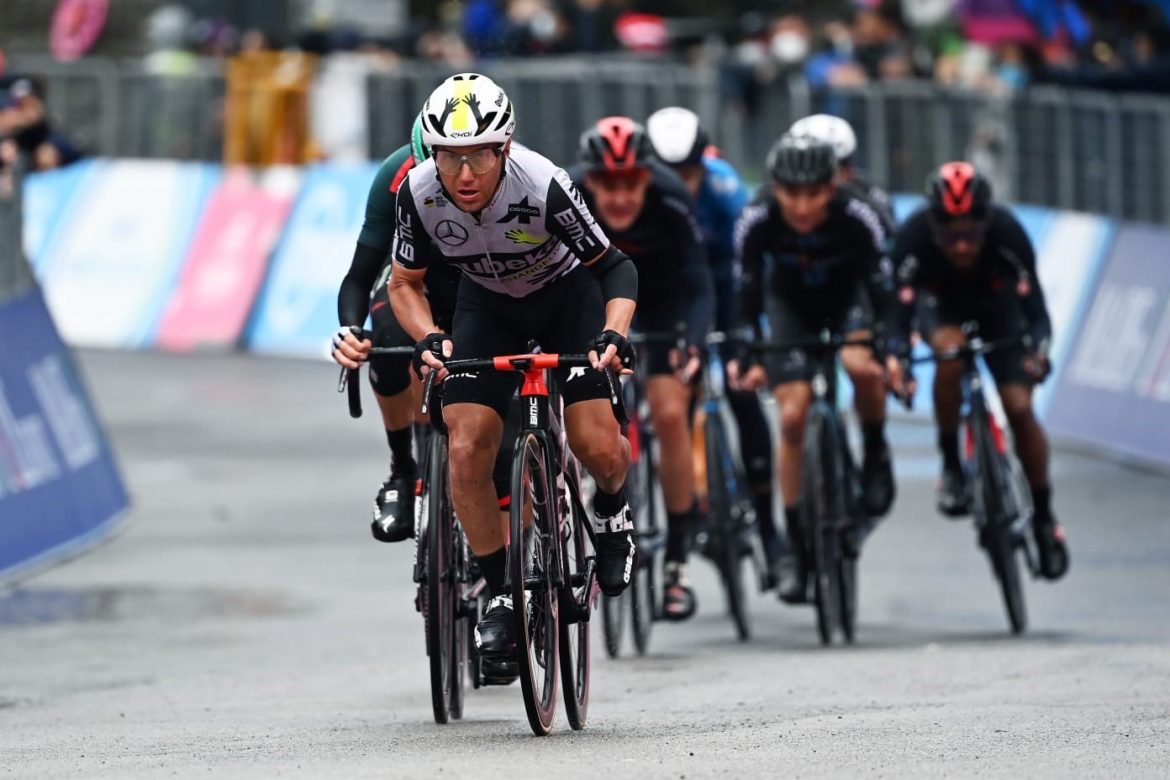 The 38-year-old crashed twice in the opening kilometres of the race, in extremely wet conditions, but gamely fought his way to the finish line as Ascoli Piceno.

Upon finishing he was immediately attended to by our team doctor and had an x-ray examination of the affected arm and ribs, which showed no sign of fracture. After an intensive night of treatment, a further assessment was conducted on Friday morning where it was deemed that it would not be possible to safely continue.

2021 saw Pozzovivo start the Corsa Rosa for the 15th time, with his ambitions high following his 11th place overall finish in 2020, and he started in blistering fashion with a superb opening stage time trial in Turin.

In 2019 Pozzovivo sustained major injuries in a crash with a car that at the time looked likely to end his career, before regaining full fitness and joining the team in January 2020.

I’m very sad to leave the Giro because my shape was very good and the team was doing a great Giro. It’s very hard to give up but my left arm, elbow, is in a condition that I can’t stay on a bike in any way so I had to take this decision.

Yesterday I went above the limit to finish the stage and to have some more hours to see the consequences of the crash. During the stage I was in big trouble to stay on the bike so I expected a miracle during the night but it hasn’t happened.

It will be very difficult in the next few days watching the other riders doing the climbs, the other mountain stages, but I think that I will be busy trying to recover very quickly and this is already a big motivation to come back earlier.

Gabriele Missaglia – Sports DirectorThis is obviously not good news for the team and I’m so disappointed for Domenico following the two crashes inside the first 10km. But at the same time we know that this is a part of our job and so in the next stages our strategy will change and we must continue in this Giro on other goals: day-by-day.

When Domenico left the team this morning I told him to stay calm, we did the absolute maximum as a team to keep him in the race. Our medical team worked through the night to give him the best chance to start this morning but finally it was impossible, and so we wish him a swift recovery. We all know he is a fighter, and the epitomises the spirit in this team.