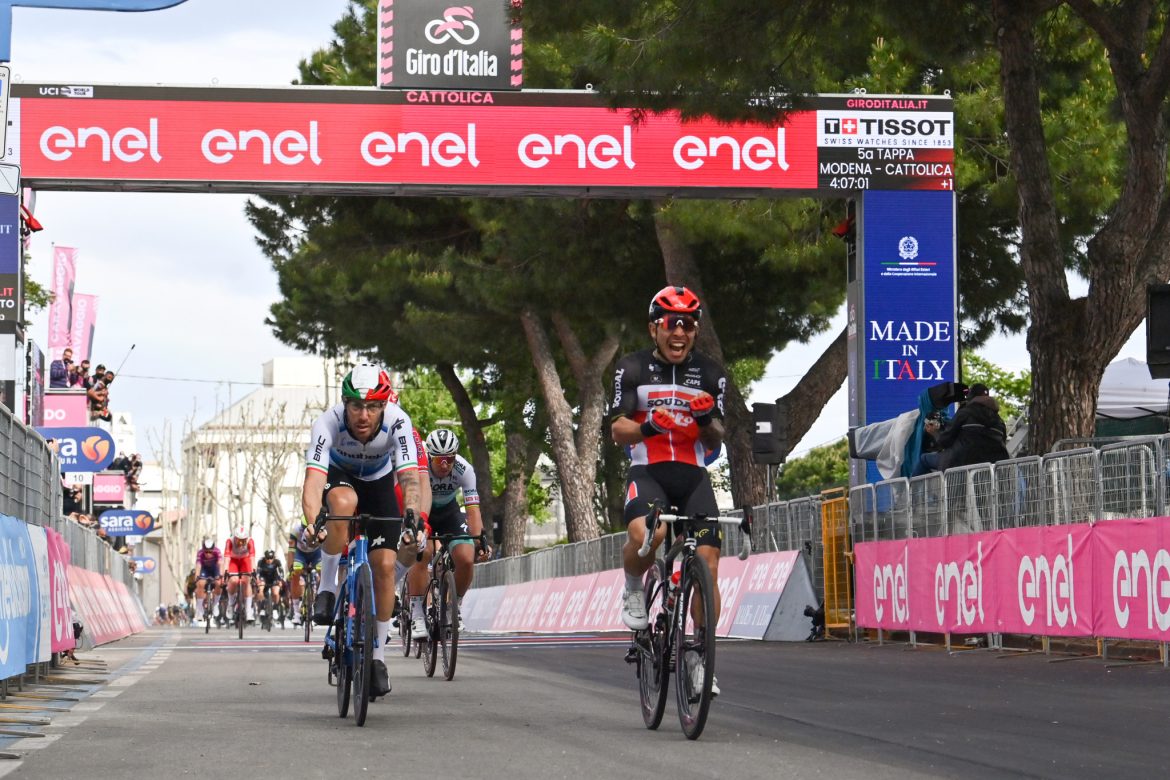 Caleb Ewan took his first stage victory at the 104th Giro d’Italia, his fourth in total at the Corsa Rosa, as he jumped from behind to overhaul Italian specialists Giacomo Nizzolo and Elia Viviani who settled for second and third in Cattolica. Alessandro De Marchi retained the Maglia Rosa but runner up Joe Dombrowski lost time in the GC because of a crash that also took Mikel Landa, one of the GC favourites, out of the race with 4km to go. Pavel Sivakov, who crashed earlier on, also crossed the line with a significant deficit.