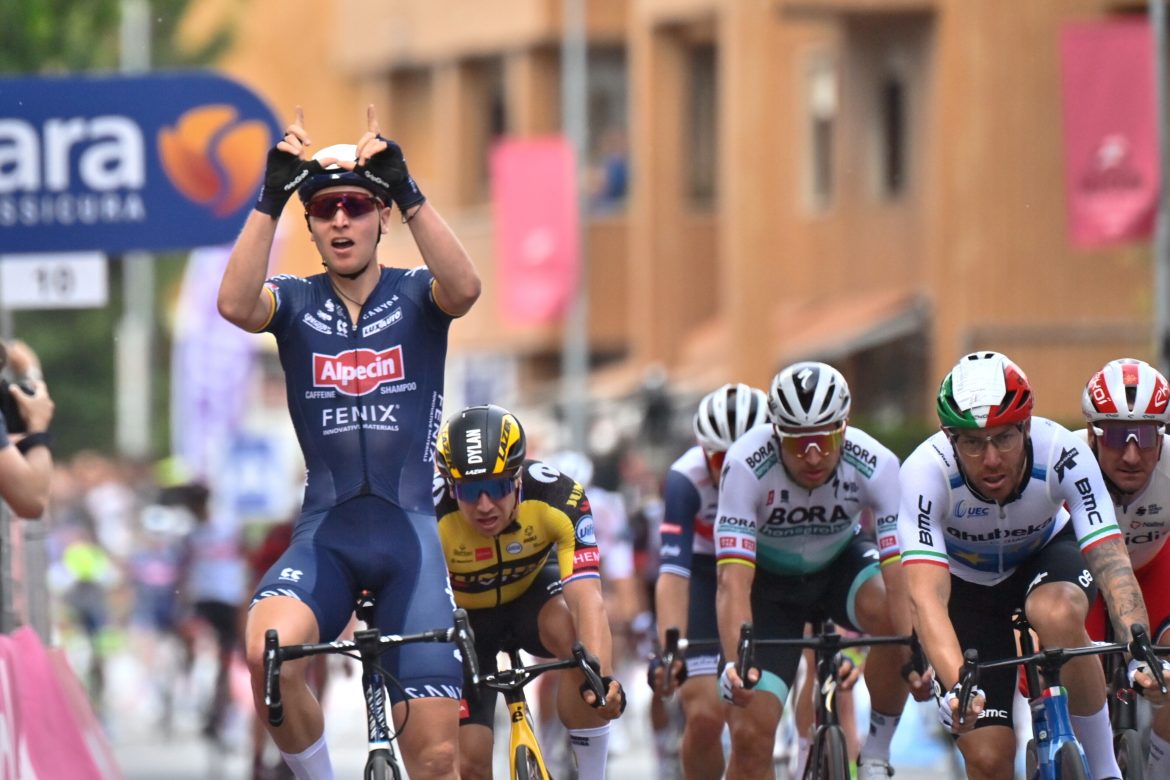 Speaking seconds after the stage finish, the stage winner Tim Merlier said: “I’m very happy with this victory in my first sprint at a Grand Tour. I knew it was important to be well-positioned at the last roundabout. When I came out of it I only thought of going faster and faster afterwards. I went from far out, at about 250 metres. I still had enough to finish it off. My preparation at altitude has been good. I was confident before tackling the Giro.”

The Maglia Rosa, Filippo Ganna, said: “I did the time bonus sprint just to take the bonification away from the others, thinking of the coming days if Egan (Bernal) or Pavel (Sivakov) are fighting for the Maglia Rosa. I saw Remco (Evenepoel) was trying to go for it too. But Gianni (Moscon) and myself did a good job. I enjoyed hearing the crowd of Piedmont yelling my name today. We know tomorrow is a perfect stage for Peter Sagan.”