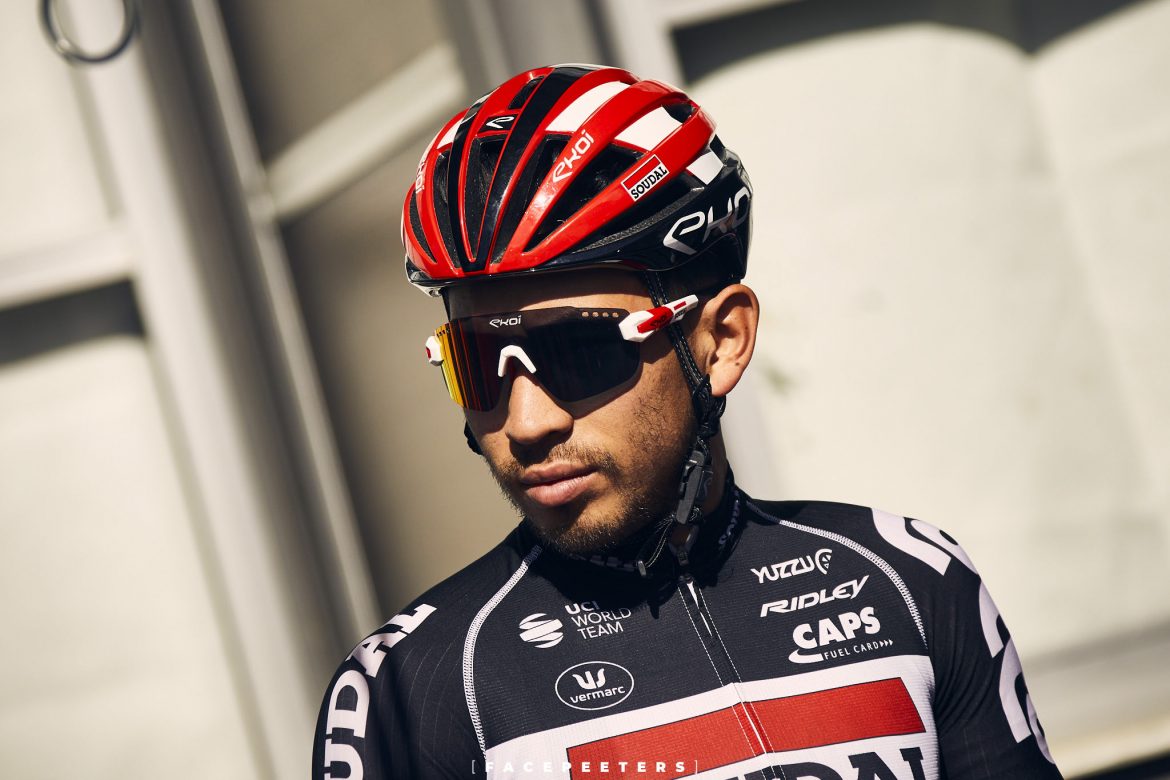 During his second participation at the Giro d’Italia in Lotto Soudal colours, Australian Caleb Ewan – who already managed to win three Giro stages in the past – again aims for stage success. Following a short break after Milan-Sanremo, the 26-year-old rider resumed competition at the Volta a la Communitat Valenciana, where he prepared for his fourth Giro d’Italia.

“I think my form is good enough to get a stage win, but there are of course quite a lot of other strong sprinters at the start”, starts Caleb Ewan. “With guys like Fernando Gaviria, Elia Viviani, Giacomo Nizzolo and also Tim Merlier, the competition will be quite fierce. Actually, I did not expect such a strong field of sprinters at the Giro. In addition, Dylan Groenewegen resumes competition at the Giro. Before he got suspended, he was amongst the world’s best sprinters so it will be interesting to see at what level he returns. And then there’s always Peter Sagan to keep an eye on… On paper, there are some six sprint opportunities, depending on how the race unfolds of course. And I don’t think I have the same climbing legs as I had at Milan-Sanremo because as I prepared for the Giro, I needed to focus a little more on my final sprint.”

“On paper, I might be one of the big favourites amongst the fast guys, but that doesn’t mean I’ll easily win each sprint. If any sprinter I just mentioned is on a good day, they can for sure beat me. In addition, finishes at the Giro are often quite technical and you also need a decent amount of luck.”

Caleb Ewan already won stages at the Giro, Tour and Vuelta. However, Ewan is now kicking off a new challenge as the Australian is aiming for a stage win in each of the three Grand Tours in the 2021 season.

Caleb Ewan: “The idea to ride all three Grand Tours in one season was actually born a couple of years ago. When I won several stages at the Giro and Tour, I would have liked to go for a stage win at La Vuelta as well. But we had our first child just before the Tour and that’s why I wanted to spend some more time at home and we decided to postpone the plan.”

However, this delay was only temporary, so the plan will now be rolled out for this season.

“Last year, it was impossible but I think this season is the ideal moment to try it”, says Caleb Ewan. “In my opinion, I am nearing the best years of my career and that is why this year is ideal to ride all three Grand Tours. But it won’t be easy of course. Riding three Grand Tours is one thing, to win a stage in each of them is still something else. Also the preparation for each Grand Tour is different. In addition, there’s not much time between them, so hopefully I can manage this well.”

If Caleb Ewan will also finish all three Grand Tours, is not yet sure.

“It is not easy to – if you want to win a stage in each Grand Tour – to also finish all three of them. In the first ten days of the Giro, there are already several opportunities. So, if I could win one of them, we have to evaluate what the best preparation for the Tour de France is”, concludes Caleb Ewan.