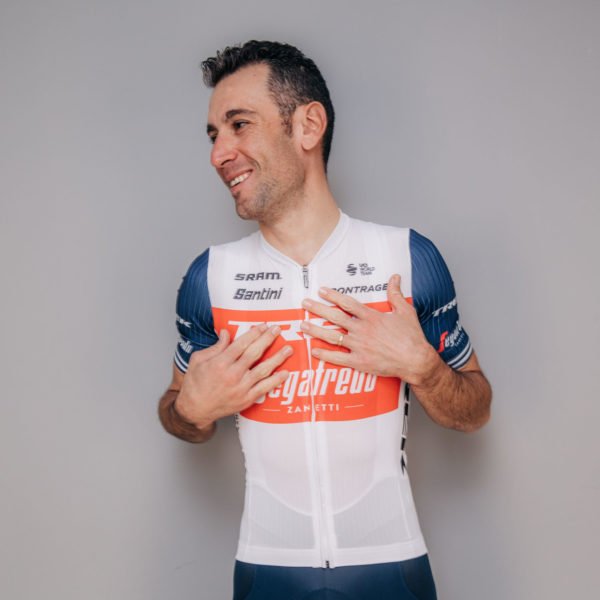 Vincenzo Nibali will be the eighth rider of the Trek-Segafredo team which will line up on Saturday 8th May at the start of Giro d’Italia. Following the last medical check-up this morning, the medical staff have given the green light to Nibali.

Trek-Segafredo physician Emilio Magni, who has followed Nibali throughout the recovery, explains the situation: “The surgeon who operated on Vincenzo, Dr Tami, first performed X-rays on the wrist, which showed that the plate was well positioned and there were no dislocations. It means that the wrist has responded well to the stresses created during the last week of intense training. The following check-up has confirmed the good recovery of functionality and articulation, allowing Dr Tami to give his approval to Vincenzo’s return to racing. Everything went in the best way.”
“It was a race against time and I’m very happy that I’ve won it,” said the Shark. “Since the day of the crash, April 14, I’ve done nothing but think about recovering in order to be at the Giro. I don’t have the top condition, which I had hoped to achieve without the crash, and I’ll also need a lot of caution pedaling in the peloton. But now, finally, I can only think about the competition that, now more than ever, will be to experience day by day. I want to say it clearly: it’s useless and impossible to say if I’ll target the general classification or I’ll aim for stage wins. I want to try to leave a mark on the Giro, but I’ll only understand how to do it along the way.”

Nibali is added as one of Trek-Segafredo’s leaders along with Bauke Mollema and Giulio Ciccone. The attacking trident with which the team had planned to face the Corsa Rosa at the beginning of the season is thus confirmed.
“Every piece is in place, we are ready for the challenge,” said General Manager Luca Guercilena. “We’re very happy to have Vincenzo at the start and, above all, we’re excited to have the trio of captains we are hoping will race the Giro as protagonists. Their technical characteristics and their team play will be the key to cultivate our ambitions.”
If Nibali, Mollema and Ciccone will share the leadership in the hardest stages, Trek-Segafredo will have a single reference for the sprints: Matteo Moschetti.

Our capable leaders will need great support and the domestique squad is a very balanced mix of experience and skill for every need: Gianluca Brambilla, Koen de Kort, Amanuel Ghebreigzabhier and Jacopo Mosca.

“Our directors Kim Andersen, Adriano Baffi and Paolo Slongo know they can count on a reliable and versatile team. Moschetti will have several chances to show his class and has full confidence. Brambilla, de Kort, Ghebreigzabhier and Mosca will be very precious elements: their contribution will be fundamental and not only as domestiques.”