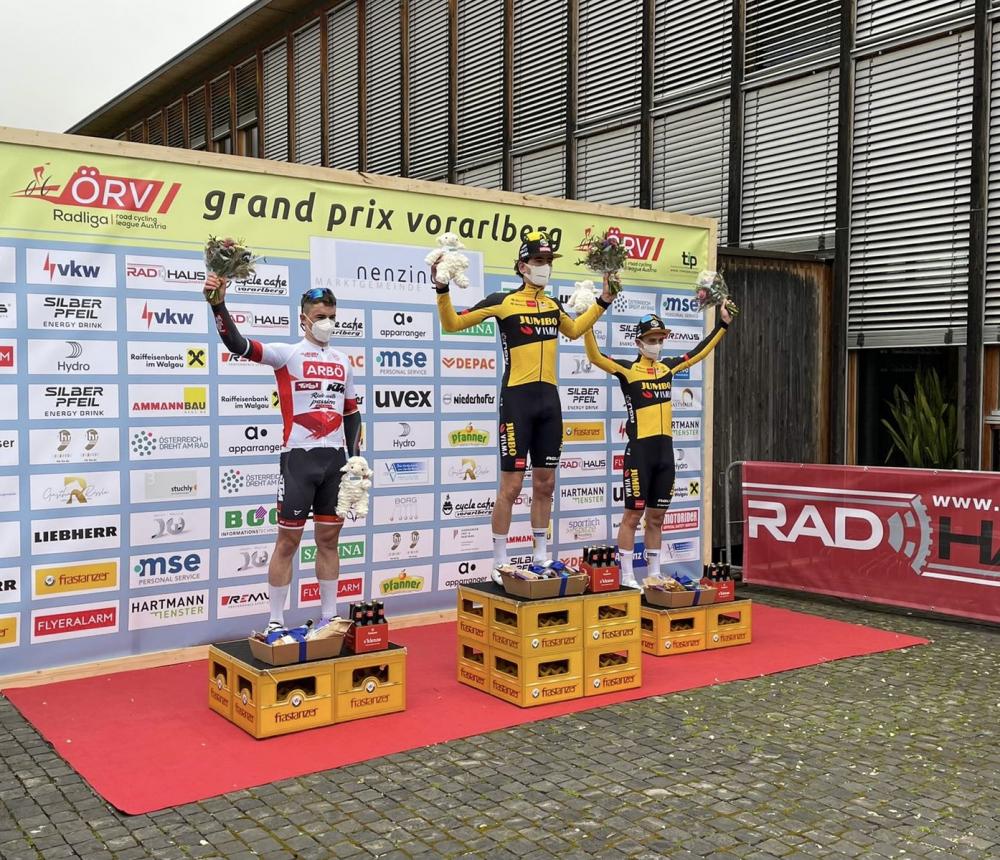 In the Austrian race, Van Dijke crossed the line solo after a late attack. Pluimers also managed to secure a podium place in the sprint of the chasing group. It is the fourth victory of the season for the Team Jumbo-Visma Academy.

Van Dijke, who took his first win of the season, was very happy with his victory: “We had Michel Hessmann in the early breakaway, but unfortunately he had a puncture. Then the team went in pursuit for the rest of the race and they did an excellent job. Rick would eventually sprint, and I wanted to make one last all-or-nothing attempt. Two kilometres before the finish I went full speed up the last hill. When I got to the top, there was no one in my wheel anymore. I did not dare look behind until twenty metres before the finish line. Then I knew I was going to win. That was amazing. I have been waiting for this for a long time and it is so nice to be back in a racing period in such a way.”

“The team did really well today”, sports director Robert Wagner said. “Especially the way they rode as a team. The guys carried out all the agreements we had made in advance. It was already a very nice race and this victory is the icing on the cake.”