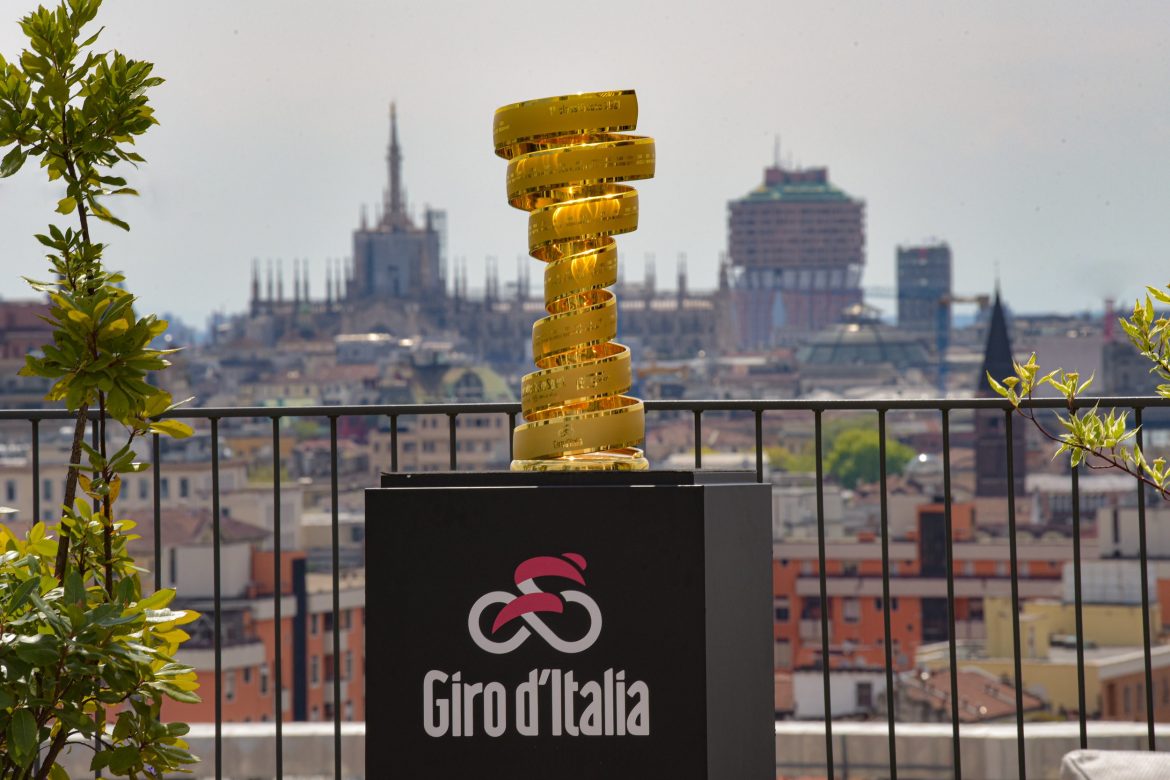 Milan, 27 April 2021 – With 10 days remaining until the start of the 104th Giro d’Italia, the race’s provisional entry list has been announced. Contenders will start racing in Turin on Saturday, 8 May, and will battle for the win throughout the 21 stages that cross the Italian peninsula, to finish in Milan, on Sunday, 30 May.

The challenge for the GC

Among the GC specialists hoping to lift the Trofeo Senza Fine is Egan Bernal (Ineos Grenadiers), who will be wearing race number 01. Meanwhile, Team BikeExchange will be lining-up a host of riders in support of team captain Simon Yates, who has already shown good form at the Tour of the Alps.

Trek-Segafredo will be hedging its bets with the two-time winner of the Corsa Rosa Vincenzo Nibali, who returns to racing after a wrist injury, and Bauke Mollema, winner of Il Lombardia in 2019, who has also won the Trofeo Laigueglia earlier this year. Team DSM too will have two potential team leaders: Jai Hindley, who finished second on the Milan podium of the 103rd Giro, and Romain Bardet, who has placed on the podium twice at the Tour de France. There will also be two big names for Deceuninck – Quick-Step, with Remco Evenepoel, returning to racing after his accident at Il Lombardia in 2020 and João Almeida, who, last year, wore the Maglia Rosa for 15 days and came fourth in the General Classification. Bahrain Victorious will be at Turin’s Grande Partenza with two riders more than capable of fighting for victory overall: Mikel Landa (three stage wins at the Giro and one podium) and Pello Bilbao, 5th overall last year, and in excellent shape at the Tour of the Alps.

Many are the contenders for single stage wins at this year’s Corsa Rosa. Among them are Giulio Ciccone (Trek-Segafredo), winner of two stages and one Maglia Azzurra, Ruben Guerreiro (EF Education – Nippo), who took a stage win and the Maglia Azzurra in 2020; Gianni Moscon (Ineos Grenadiers), who recently won two stages at the Tour of the Alps; Matej Mohoric (Bahrain Victorious), Giro stage winner in 2018; and Giovanni Visconti (Bardiani CSF Faizane’), with two stage wins and a Maglia Azzurra already in his palmares.

The 23 teams competing, and their key riders: