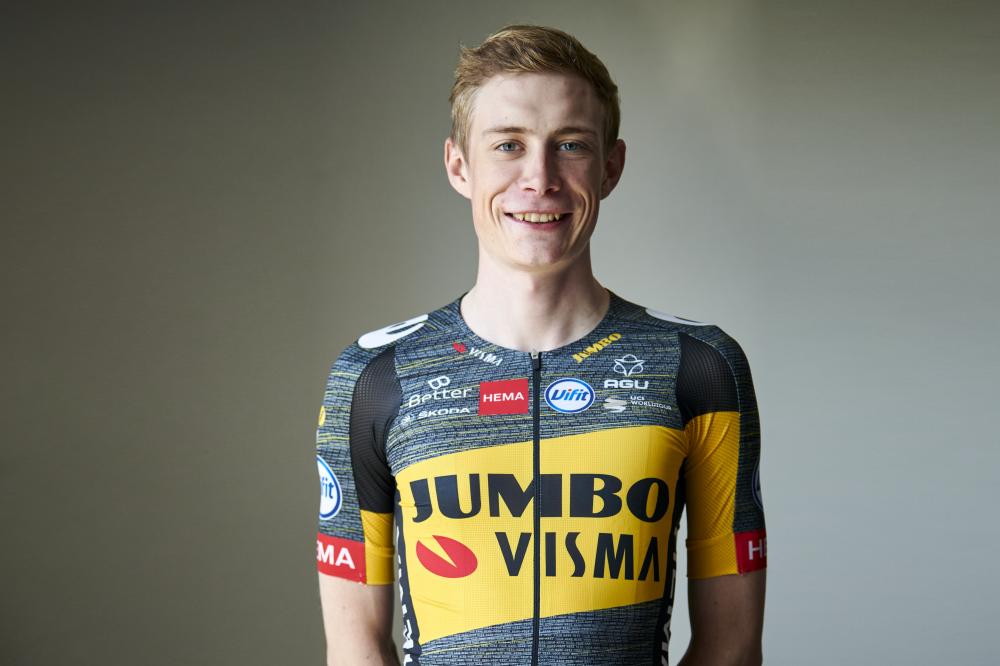 The last place in the lineup of Team Jumbo-Visma for the Tour de France has been appointed to Jonas Vingegaard. Steven Kruijswijk and Primoz Roglic, respectively the number three of 2019 and the runner-up of last year, will lead the Dutch team. Like both leaders, Mike Teunissen, Wout van Aert, Sepp Kuss, Robert Gesink and Tony Martin were already announced earlier.

As Tom Dumoulin is having a break from cycling, one more place still had to be filled. Vingegaard proved to have made a new step in his development and that he is ready for a Tour debut by winning stages and the GC in the Settimana Coppi e Bartali and ending second in the Tour of the Basque Country. The Danish rider was part of the Vuelta team that achieved the final victory with Roglic, last year.

“I am of course very happy with this”, says Vingegaard. “It’s a dream coming true for me. I always watched the Tour on television, so it’s very nice to be awarded a place in the Tour selection. I am very happy with my development, because I have made quite a big improvement indeed. Hopefully I can get even better. By helping Primoz and Steven I can take another step and learn a lot. The Tour is something different from the Vuelta, but it will certainly be a great experience again.”

“We took Jonas into the team in 2019 because we saw that he is really talented”, sports director Grischa Niermann says. “He showed that straight away. Last year he rode a really strong Vuelta in support of Primoz. He also showed for the first time that he can play a crucial role in the high mountains, in the Alps and the Pyrenees. We believe he will play a really important role in the Tour. His selection is a reward for his good results. In theory, Jonas can be a grand tour contender himself. He also has a good time trial. But he needs time for his development. In that regard nothing is better than riding a grand tour with Steven and with Primoz and support them and also learn from them.”

Roglic has confidence in the team that is being sent to France. “Jonas deserves to be included in the Tour squad. We have put together the strongest team to achieve the best possible result together. To show a really nice fight again. I’m looking forward to be at the start with these guys. Day after day we will have to show our qualities. If we can do that, we are all winners. I am still very proud of last year’s result and especially of what we have shown in the Tour de France in recent years.”