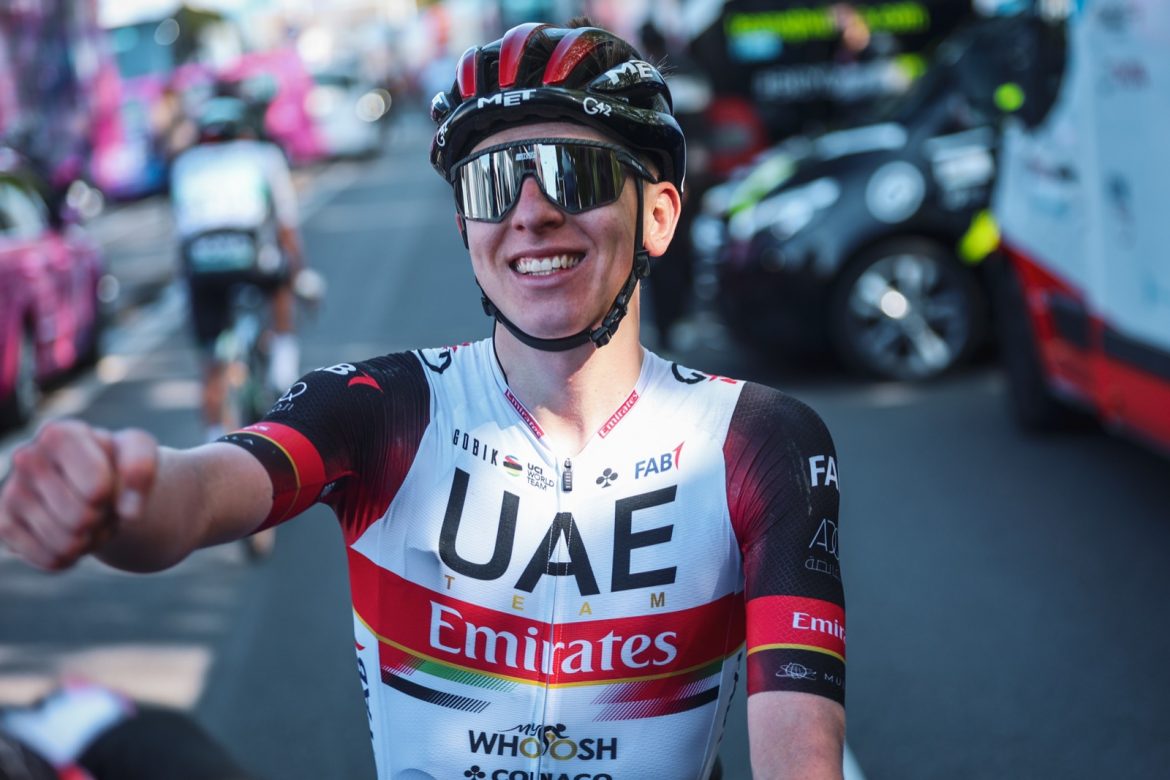 Tadej Pogačar once again wrote his name in cycling history, winning the biggest one day race of his young career and becoming the youngest winner of Liège-Bastogne-Liège in 44 years.

The quintet had an advantage on the main group 13.5 km from the finish when, near the brow of the Côte de la Roche aux Faucons, Davide Formolo pulled back Richard Carapaz (Ineo-Grenadiers), opening the way for an attack by Michael Woods. Pogačar, Gaudu, Valverde and Alaphilippe followed the Canadian and this group managed to maintain an advantage of just over 20” on their pursuers until the final sprint.

Entering the sprint, Pogačar was glued to Alaphilippe’s wheel, coming around the Frenchman in the final metres before the line.
The win topped off a very solid team performance with UAE also claiming 6th place with Marc Hirschi and 16th with Davide Formolo.

Pogačar: “I am almost speechless. I really love this race: winning here was a dream of mine and it is incredible to have achieved this goal and finish ahead of these big names . In the sprint I was behind Alaphilippe when he opened-up and I tried to stick with him. I wasn’t sure I would be able to overtake him but, with strength and a bit of luck, I did it.
I have won the Tour de France, I have won other high level races and now I have conquered the Liège-Bastogne-Liège: I’m living a cycling dream.
Now I will rest, spend some time with my family and then resume my preparation for the Tour de France. “