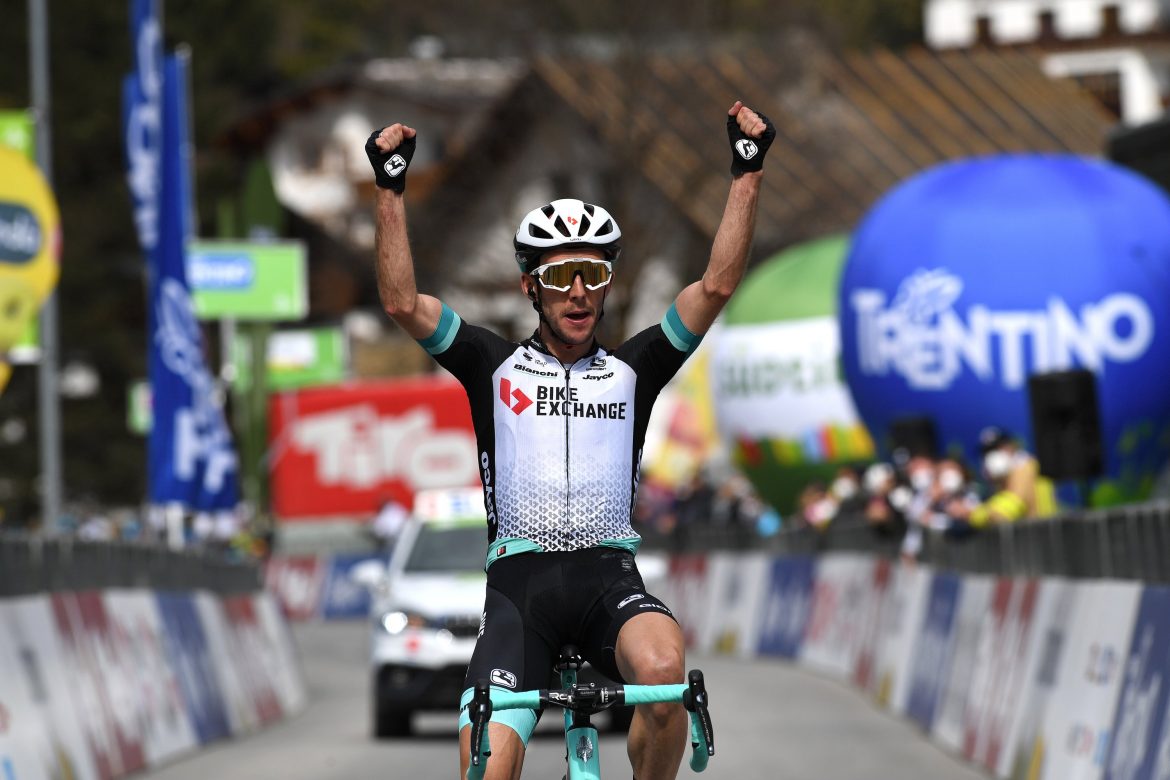 Briton Simon Yates showed his cards on today’s second stage at the Tour of Alps, attacking on the penultimate first-category climb and increasing his lead with each pedal stroke to take a sensational solo victory for Team BikeExchange; his first win of the 2021 season.

As part of his final preparations ahead of his main goal of the season, the Giro d’Italia, the 28-year-old lined-up at the Tour of the Alps with high ambitions. Starting as he means to go on he showed his form on the first mountain stage, with no riders able to follow his fierce accelerations.

Once the day’s original breakaway group was swallowed up, attacks began to fly with 30km to go with Yates comfortably following the moves before launching a killer blow himself.

Initially, Yates attacked and drew three riders with him before launching again with only Pavel Sivakov able to follow the Brit. The Ineos Grenadiers rider wouldn’t commit to the move and Nairo Quintana and Hugh Carthy began to claw the duo back. Yates, leaving nothing to chance, displayed his incredible determination by accelerating once again and leaving the others in his wake.

The 2018 Vuelta a España champion pushed on up and over the top of the climb and skillfully navigated down the descent, constantly increasing his lead. Despite the hard chase from behind, Yates was able to hold on after such a dominant performance, crossing the line 41 seconds ahead, to take an important and meaningful stage victory. The Brit now moves into the overall race lead and top of the standings in the mountains classification.

Simon Yates – 1st place
“I tried really hard; it was a very tough climb. Those guys were not easy to get rid of, I tried several times and that really took it out of me for the valley road to the finish.

“I enjoy these (shorter) stages, we race from the start rather than messing around for 150km and then racing only for the final. It was a good day for us, my first win of the year so I am very happy.

“So far so good but there’s still a lot of very hard stages to come so we will see what we can do in the next few days.”

Matt White – Head Sport Director
“Today was an impressive ride by Simon, a lot of hard work has gone into his preparation and this race is all part of his Giro d’Italia build up.

It is the first win of the year for him and I am sure not his last. We will now look to defend his lead in this race until the end.”