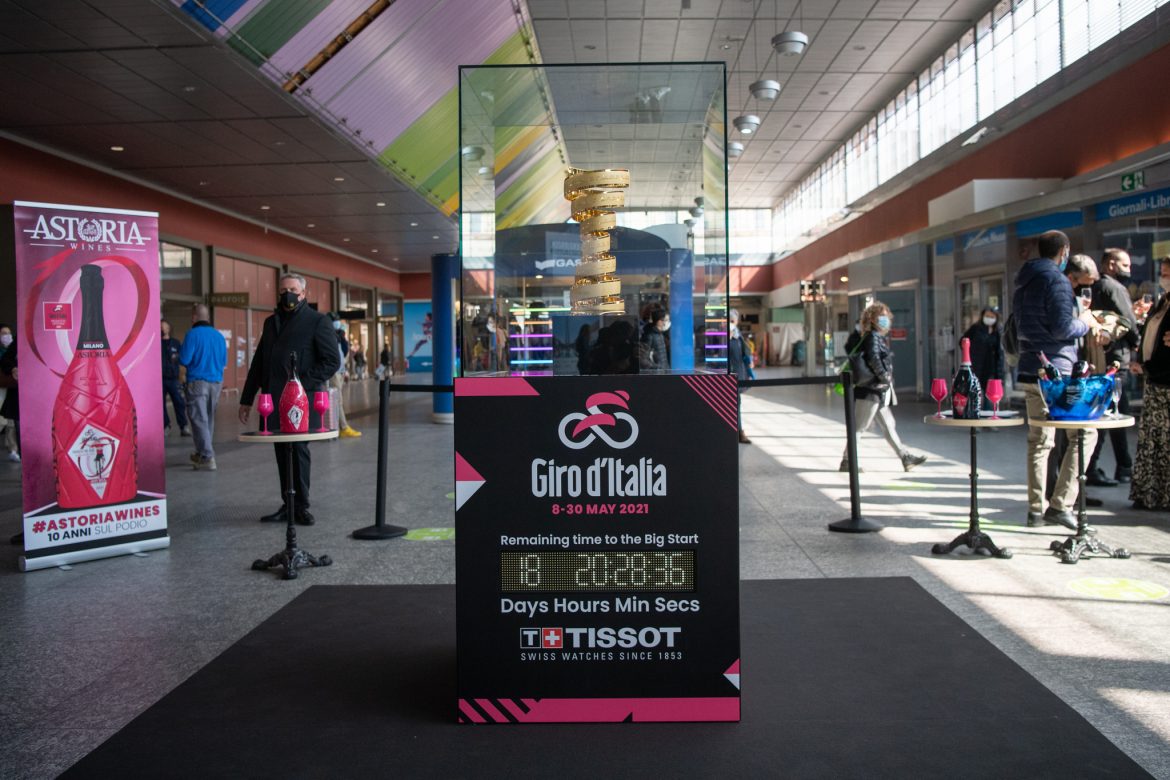 The countdown towards the start of the Giro d’Italia, scheduled for 8-30 May, has officially begun. The Trofeo Senza Fine, which will be awarded to the winner of the Corsa Rosa, will remain on display at Porta Nuova Train Station in Turin until 29 April. Then, after being transported on a Freccia Rossa train, it will finally reach Milan, where from 30 April, with exactly one month remaining to the final stage of the 104th edition of the Giro, it will be exhibited at Galleria Vittorio Emanuele, until a winner has been announced. The initiative was organized in collaboration with Trenitalia, the Official Green Carrier, Tissot, the Official Timekeeper of the Giro, and GS Retail.