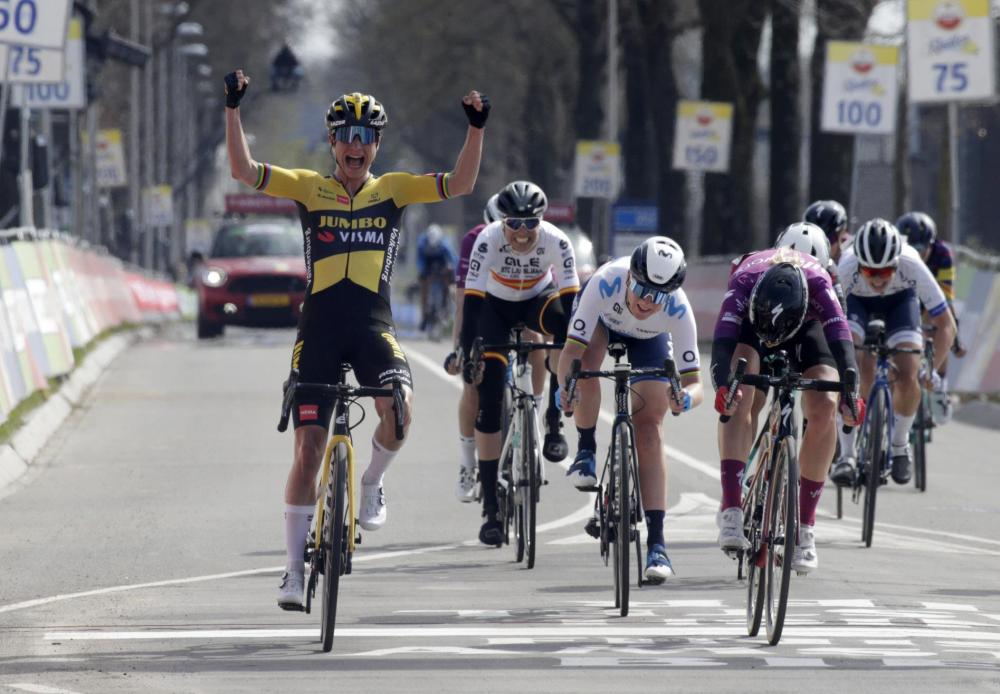 Marianne Vos has won the Amstel Gold Race for the first time in her career. In a thrilling final sprint, the leader of the Team Jumbo-Visma women’s team rushed to her team’s first win on Dutch soil.

From the start in Maastricht, the riders immediately started to ride a high pace. Initially, two riders chose the escape, but a large group with Teuntje Beekhuis quickly joined them. The chasing peloton with Anouska Koster and leader Vos did not let them gain a big advantage and the groups came back together. Vos then showed herself several times to make the race hard. During the last time on the Cauberg she seemed to have to give in, but in the two kilometres that followed she fought her way back to the front. In the end she crossed the line with her hands in the air.

It is the second win of the season for the women’s team of Team Jumbo-Visma. Vos previously won Gent-Wevelgem in the yellow-and-black team colours. “Since this ‘home race’ is on the calendar, winning the Amstel Gold Race has always been a big goal for me”, Vos said. “I’ve already experienced great editions, but this is really cool. It feels different without spectators, but you notice that people care about this race. I hope we have made the people at home happy. In any case, I enjoyed it, even though it was very hard.”

“It was really a very open race, which I had expected beforehand”, Vos continued. “It was a continuous race from the start with a lot of different groups that were able to get away. In the final sprint I fortunately had some energy left to finish it off.” The race winner feels good in her new team. “There is a really good spirit within the team and I feel completely at home.”