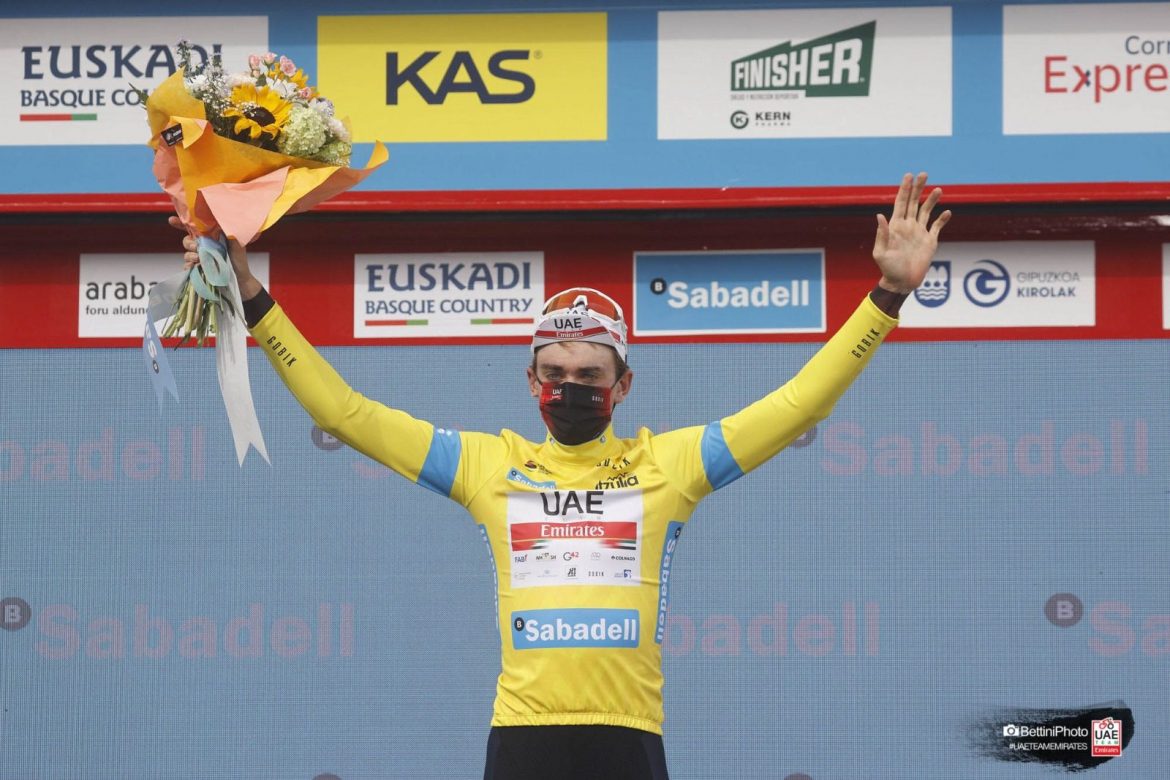 Brandon McNulty is the new leader of the General Classification at Itzulia Basque Country.

In fourth stage, the young American rider was up in the heart of the action in the last 25km, first attacking and then controlling the group of five riders who went in the break with him.

UAE Team Emirates are leaving a strong mark on the race with Pogačar, now 5th in the GC and leader of the mountains classification.

McNulty: “For sure we were aiming for the stage win without thinking too much about the leader’s jersey, but I’m obviously happy with the result today. I feel good and ready to face the last two stages. Tomorrow could be another tricky stage, while Saturday will be an epic day. We’ll do our best to defend the leaders jersey.”

Tomorrow is the flattest of the stages of this edition of La Itzulia, 160.2 km from Hondarribia to Ondarroa, with a rare chance for sprinters.